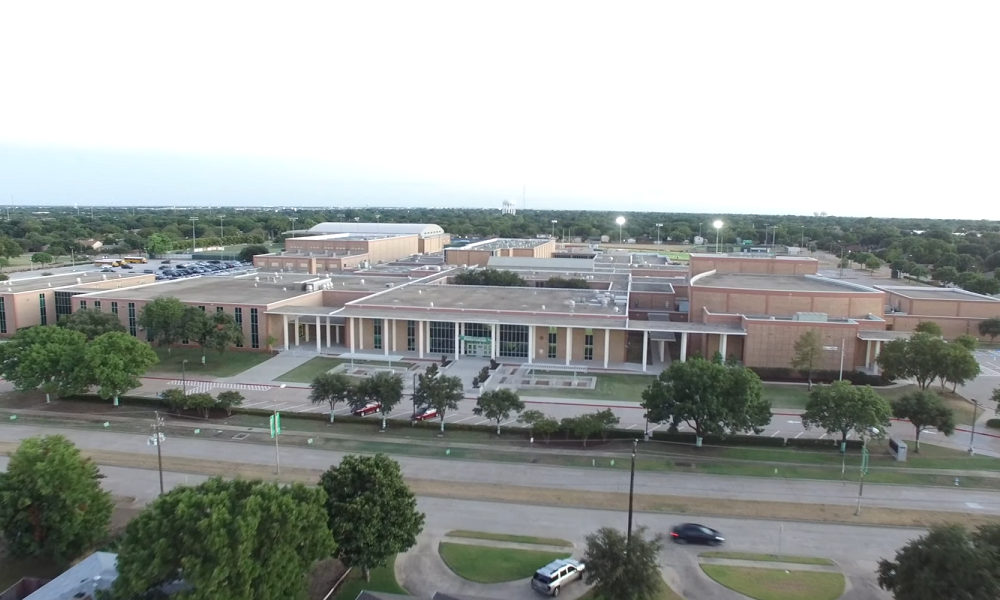 A student has been arrested after he was caught with an AK-47 rifle outside Berkner High School near Dallas, officials say, just a day after one of the deadliest school shootings in U.S. history.

The incident happened at about 10:55 a.m. on Wednesday when someone at a business in Richardson called police after seeing a man who was holding a rifle. The suspect was last seen walking towards Berkner High School.

“Within minutes of the call being dispatched, numerous police officers from various units within the Richardson Police Department responded to Berkner High School and initiated a search and investigation into this incident,” police said in a statement.

The high school was put on lockdown and, with the help of the Richardson Independent School District, police were able to identify the suspect as a juvenile student at Berkner High School. He was found inside the school but no weapons were initially found.

“Further investigation led to the discovery of a vehicle used by the suspect in the parking lot of 1551 East Spring Valley Road,” the statement said. “Inside the vehicle, officers observed what appeared to be an AK-47 style pistol and a replica AR-15 style Orbeez rifle.”

The student was arrested and charged with Unlawful Carrying Weapons in a Weapon Free School Zone, a state jail felony. Police declined to release other information about the suspect due to his age, indicating that he’s below the age of 18.

There was no immediate word on why the student had the weapon with him.

“The Richardson Police Department would like to remind the public of the importance to report suspicious activity, as we recognize the vigilant awareness and actions of the person who initially called 911 to alert law enforcement,” police said.

The arrest comes just a day after an 18-year-old man opened fire at an elementary school west of San Antonio, killing 21 people and injuring 17 others in one of the worst shootings in U.S. history. Most of the victims were young children.

Related Topics:TexasUnited States
Up Next