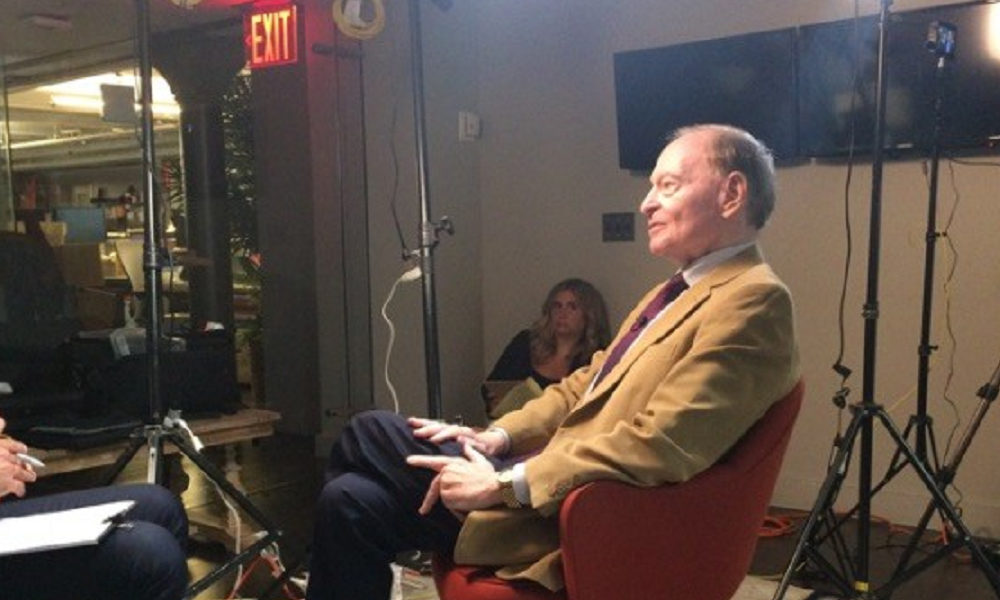 Businessman Steven Hoffenberg, who became close friends with Jeffrey Epstein and who pled guilty in one of the largest Ponzi schemes in U.S. history, has been found dead at his Connecticut apartment, officials say. He was 77.

Police in Derby, Connecticut said officers responded to Hoffenberg’s apartment at 8 p.m. on Tuesday for a requested welfare check. When they arrived, they found a body “in a state where a visual identification could not be made.”

The body was taken to the office of the chief medical examiner, where an autopsy was performed on Wednesday. The initial examination revealed no trauma on his body but the cause of death remains unknown pending further toxicology study, police said.

The body is believed to be Hoffenberg, though formal identification has not yet taken place.

“A subsequent dental record comparison is underway to make a positive identification and subsequent notifications to appropriate next of kin,” police said in Thursday’s statement, which provided no further details.

It’s unclear when Hoffenberg died, but Derby Police Lt. Justin Stanko said it had been “approximately 1 week” since someone had spoken to him. Hoffenberg had recently tested positive for COVID-19 and his frequent use of Twitter came to an abrupt end on July 26.

Epstein accuser Maria Farmer, who was friends with Hoffenberg, said she had been trying to reach him for well over a week when she called police, but an initial request for a welfare check on Saturday was unsuccessful because the address she provided was out of date. The body was found after a second request on Tuesday night.

Hoffenberg, who was born on January 12, 1945, was the founder of New York debt collection agency Towers Financial Corporation, which in 1993 was revealed to be one of the biggest Ponzi schemes in U.S. history, bilking investors out of nearly half a billion dollars.

Epstein, who was charged with sex trafficking of minors in July 2019, was found hanged in his cell in New York a few weeks later. Epstein’s death was officially ruled a suicide, though the incident has been the subject of numerous conspiracy theories.

Earlier this year, French modeling agent Jean-Luc Brunel, who was accused of sex trafficking and founded a company with Epstein, was found dead in his cell in an apparent suicide. He had previously been charged with raping a minor.

1 killed in shooting at Eden Prairie Center mall in Minnesota