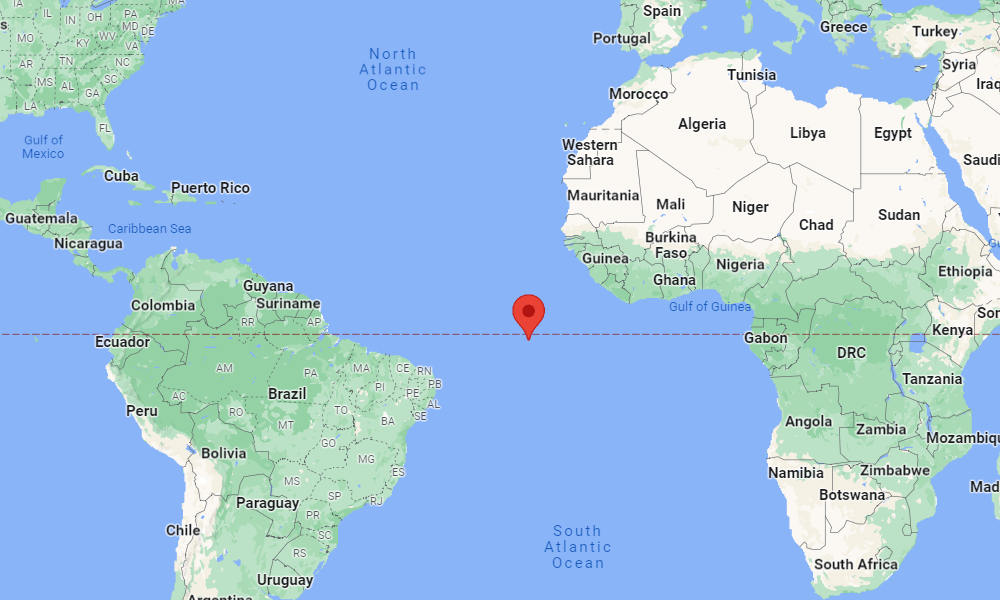 A powerful earthquake with a preliminary magnitude of 6.9 has struck along the equator in the Atlantic Ocean, seismologists say, but it hit far from land and no tsunami warnings have been issued.

The earthquake, which struck at 09:42 GMT on Sunday, hit about 1,120 kilometers (695 miles) northwest of Ascension Island, which is part of the United Kingdom, or 1,350 kilometers (840 miles) southwest of Sierra Leone.

Seismologists from the U.S. Geological Survey (USGS) put the magnitude of the earthquake at 6.9. They said it struck about 10 kilometers (6.2 miles) below the seabed, making it a very shallow earthquake.

Tsunami warning centers said there was no threat of a tsunami from Sunday’s earthquake, which hit along the equator, an imaginary line that divides Earth into the Northern and Southern hemispheres.

“Based on the earthquake location near the Mid-Atlantic Ridge, a damaging tsunami is not expected,” the U.S. National Tsunami Warning Center said in a statement.