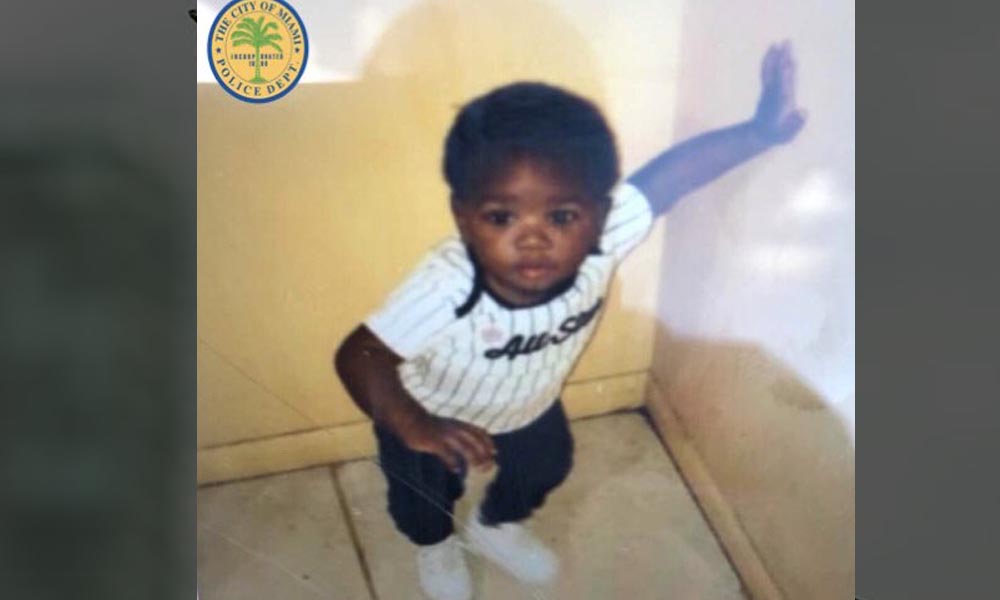 A Florida Amber Alert has been issued for 10-month-old Noah Florvil after he disappeared from Miami, local officials say. Anyone with information is urged to call 911 immediately.

Noah was last seen at 9:30 p.m. ET on Sunday in the 6600th block of NW 12th Avenue in Miami. Details about the circumstances of his disappearance were not immediately known.

Noah may be in the company of a woman only known as “Bella.” She is described as a “heavy set” white, Hispanic female with blonde hair with a green streak in the front. She was last seen wearing a purple and pink bra, purple jacket, and black tights with a green, yellow and red flower.

Noah is described as a 10-year-old black male with black hair and brown eyes, standing about 2 feet 6 inches tall and weighing about 30 pounds. He was last seen wearing a gray shirt, gray pants, and no shoes.

Anyone who sees Noah or Bella is urged to call 911 immediately, or call the Miami Police Department at 305-579-6111 if you have any other information that could help investigators.

Fireworks cause panic at The Florida Mall in Orlando, injuring 11 people