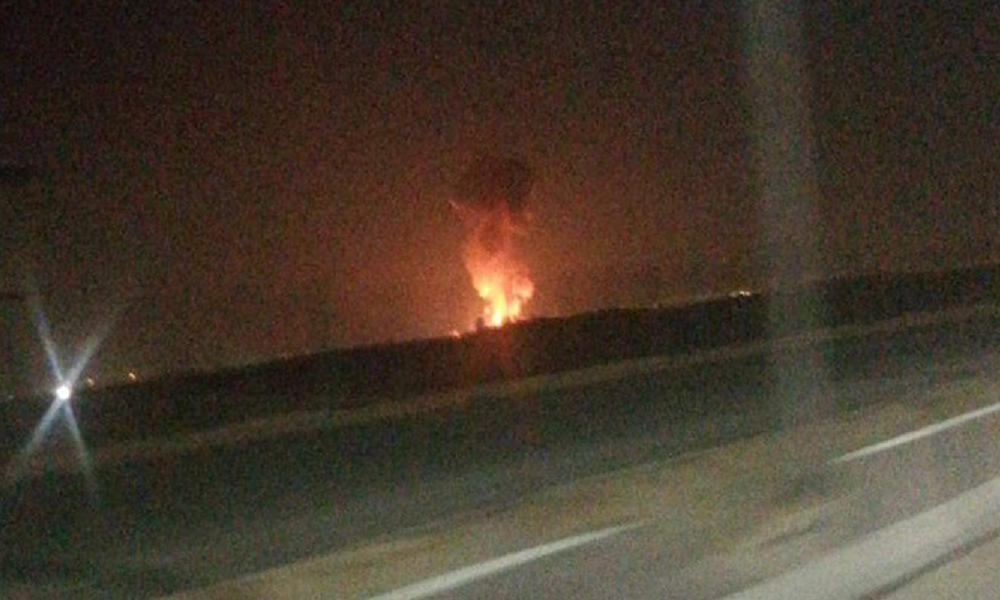 A large explosion has rocked a petrochemical plant near Cairo International Airport, injuring at least 12 people, officials and witnesses say. The blast was heard and felt across a large area.

The incident happened at about 10:30 p.m. local time on Thursday when an explosion was heard across the eastern part of the capital. Photos taken from a distance showed a fireball and a thick plume of smoke billowing from the scene.

Officials said the explosion involved 2 fuel tanks at a petrochemical company near the airport, but the airport itself was not affected. At least 12 people were injured, according to local media.

There was no indication of a link to terrorism, according to local authorities. An army spokesman said the blast is believed to have been caused by high temperatures.