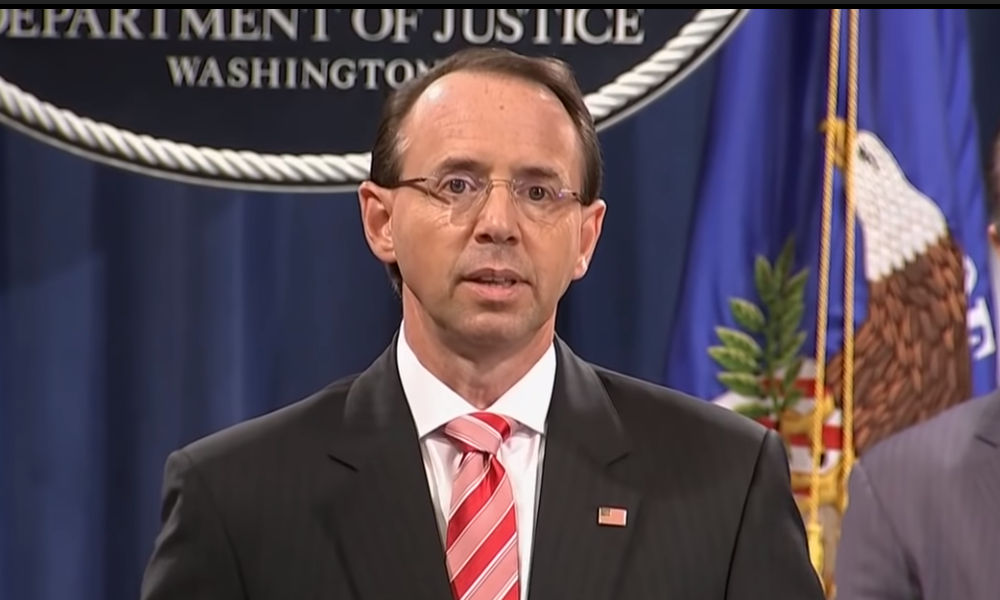 U.S. Deputy Attorney General Rod Rosenstein, who is overseeing the Special Counsel’s Russia investigation, is considering to resign after it was reported that he made critical comments about President Donald Trump, according to the New York Times.

It was not immediately clear what caused the confusion, but the New York Times reported that Rosenstein called a White House official over the weekend and said he was considering to resign.

The newspaper reported on Friday that, in the days after the firing of FBI Director James Comey, Rosenstein suggested that he secretly record Trump in the White House and discussed an effort to invoke the 25th Amendment to remove Trump from office. Rosenstein denied the report.

White House spokeswoman Sarah Huckabee Sanders said on Monday that Rosenstein and Trump had an “extended conversation” to discuss recent news reports. Because Trump is at the UN General Assembly in New York, he plans to meet with him on Thursday, Sanders said.

Rosenstein is overseeing Special Counsel Robert Mueller’s probe into Russia’s alleged interference in the 2016 U.S. presidential election. Firing him could plunge the Trump administration into turmoil with possible opposition in Congress and activists calling for nationwide protests.

Trump has long been critical of Rosenstein and the Special Counsel’s investigation, calling it a politically-motivated witch hunt.