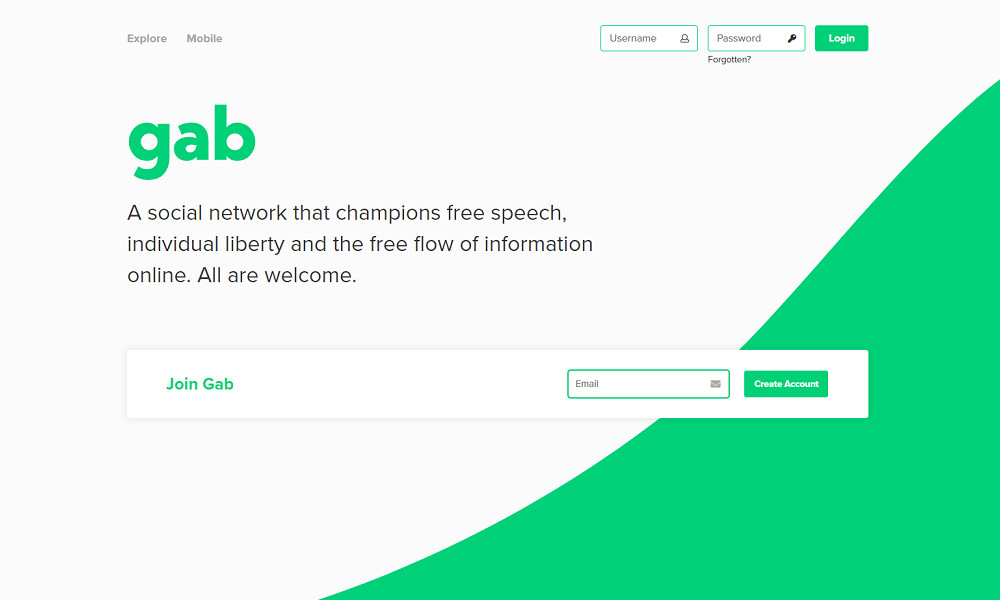 Online payments company PayPal has banned the social networking website Gab, which was used by the Pittsburgh synagogue shooter to share anti-Semitic messages.

“I can confirm that PayPal has canceled the Gab.Ai account,” PayPal spokesman Justin Higgs said. “When a site is explicitly allowing the perpetuation of hate, violence or discriminatory intolerance, we take immediate and decisive action.”

Gab is similar to Twitter and promotes itself as supporting free speech, but it has been criticized for hateful content shared by its users. Those banned from other websites have found it to be a safe haven, including white supremacists and anti-Semites.

“HIAS likes to bring invaders in that kill our people,” Bowers wrote, referring to a Jewish organization that provides help for refugees. “I can’t sit by and watch my people get slaughtered. Screw your optics, I’m going in.”

Bowers joined Gab in January and used the platform to share anti-Semitic messages with his followers. “Jews are the children of Satan,” his profile said.

It added: “We refuse to be defined by the media’s narratives about Gab and our community. Gab’s mission is very simple: to defend free expression and individual liberty online for all people.”

Gab’s statement pointed out that other social networking websites have also been used by criminals. Facebook has been used to live-stream murders and Twitter was used by bombing suspect Cesar Sayoc to send threats.

“We do not allow nor do we condone direct threats of violence,” Gab said. “We do not discriminate against anyone and are tolerant of even those we disagree with.”

According to Gab, the website currently has nearly 800,000 users. “We have been getting 1 million hits an hour all day,” Gab said on its Twitter account, just hours after the shooting.