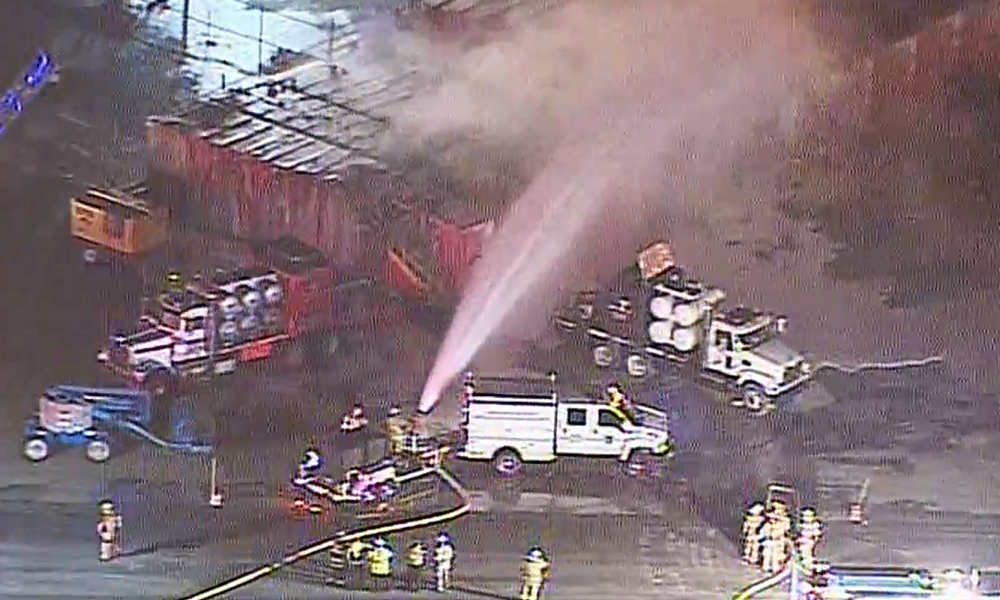 Four people have been injured in an explosion and fire at the MarkWest Energy facility in Washington County, Pennsylvania, local officials say. The cause was not immediately known.

The accident happened just after 6 p.m. ET on Thursday when firefighters were called to the facility, which is located at 800 Western Avenue. It is also known as the Houston Processing and Fractionation Facility.

The explosion, which was heard across the area, involved a frac tank which held 200 barrels of liquid ethylene glycol plus hydrocarbons. Flames lit up the sky but the fire was extinguished within 1 hour, officials said.

A large number of emergency services responded to the scene, including 3 medical helicopters. Four injured people, some of whom suffered serious injuries, were airlifted to hospital for treatment.

The MarkWest facility is about 17 miles southwest of Pittsburgh. MarkWest is a subsidiary of MPLX LP and works with natural gas, natural gas liquids, and crude oil.

#BREAKING: There are reports of an explosion at Markwest Energy in Washington, Pa. Multiple injuries. This is a developing story so stay with KDKA-TV for more information as it becomes available. pic.twitter.com/accvMvH0ah

Wave of bomb threats hits the United States and Canada