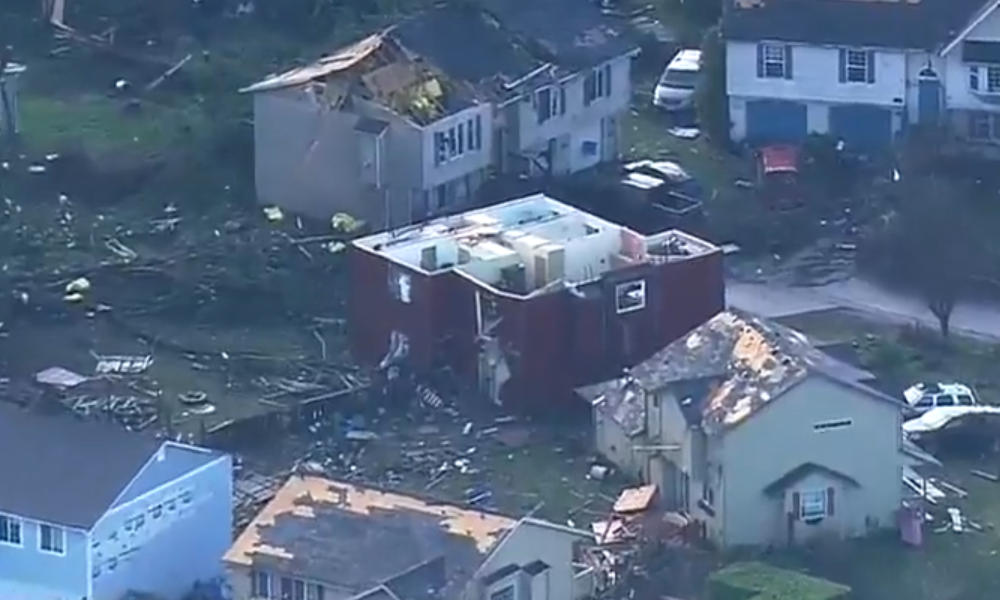 A rare tornado has touched down near Port Orchard in Washington state, causing major damage to a number of buildings, local officials say. There were no immediate reports of injuries.

The incident happened just before 2 p.m. PT on Tuesday when the tornado touched down near Rhapsody Drive, which is located in the area of East Port Orchard, about 14 miles southwest of Seattle.

Footage from the scene shows that a few dozen buildings were damaged by the storm, including a few which suffered major damage. Trees and power lines are also down in the area.

Emergency services are going door-to-door to make sure everyone is safe, but there were no immediate reports of injuries. Puget Sound Energy said nearly 1,500 customers are without power.

“Based on radar imagery and video evidence, a tornado touched down south of Port Orchard this afternoon, shortly before 2 PM,” the National Weather Service said. “We continue to work with [emergency management] partners on the extent of damage.”

The strength of Tuesday’s tornado was not immediately known. “We will not be able to survey the area before dark tonight – will send a team tomorrow morning,” the weather service said.

Tornadoes are relatively rare in Washington. About 120 tornadoes have touched down in the state since 1950, but most of them were very weak. The worst one happened in 1972, when a tornado hit the Washington-Oregon border, killing 6 people and injuring 300 others.

**BREAKING** New video showing a tornado near Port Orchard, WA, Tuesday afternoon just before 2. The @NWSSeattle is working to determine the extent of the damage and will have a storm survey team go out Wednesday morning. #wawx pic.twitter.com/2PRaaWqTCY

BREAKING: A tornado has touched down near Port Orchard, Wash., causing major damage to homes and businesses.

The Pacific Northwest has been hit with powerful winds in recent days but tornadoes this time of year are extremely rare.

Lauren Kavanaugh, ‘The Girl in The Closet,’ arrested for sexual abuse