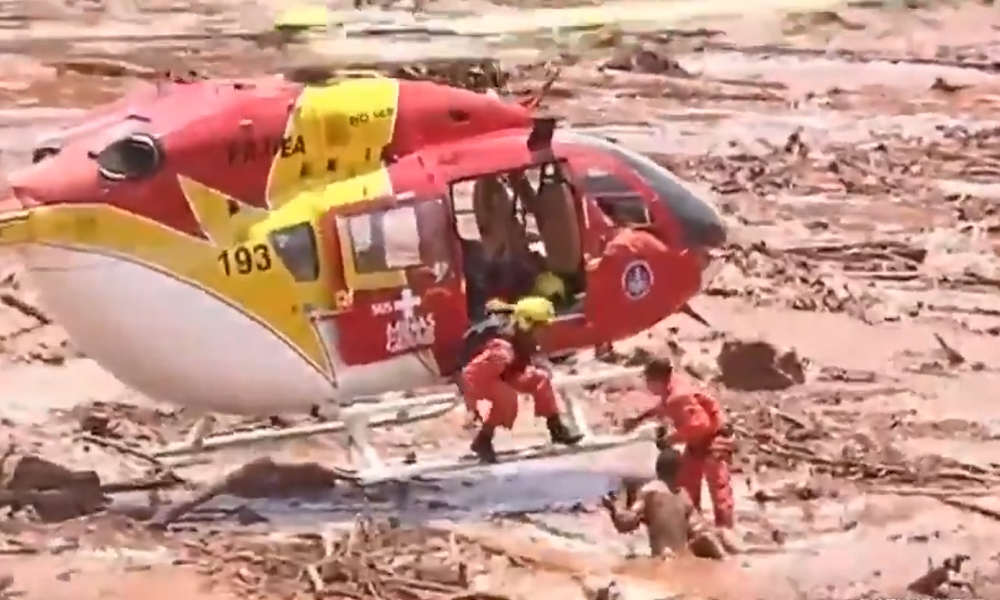 A dam has failed at an iron ore mine in southeastern Brazil, unleashing a massive mudflow that buried the mining site and reached a nearby community, local officials say. At least 9 people were killed.

The incident happened on early Friday afternoon when a tailings dam holding mining waste failed in Brumadinho, a town in the state of Minas Gerais, about 30 kilometers (19 miles) southwest of Belo Horizonte.

The Vale mining company, which operates the mine and owns the dam, confirmed in a statement that a breach had occurred, causing a mudflow that hit the work site and parts of the nearby community.

Footage shown on local television showed that cars, trucks, buildings, and a cargo train were buried by the devastating mudflow. A number of people were rescued by helicopter.

Officials said on Friday night that 9 bodies were recovered, but the death toll is expected to rise as more than 300 people remain unaccounted-for. At least 9 survivors were taken to area hospitals for treatment.