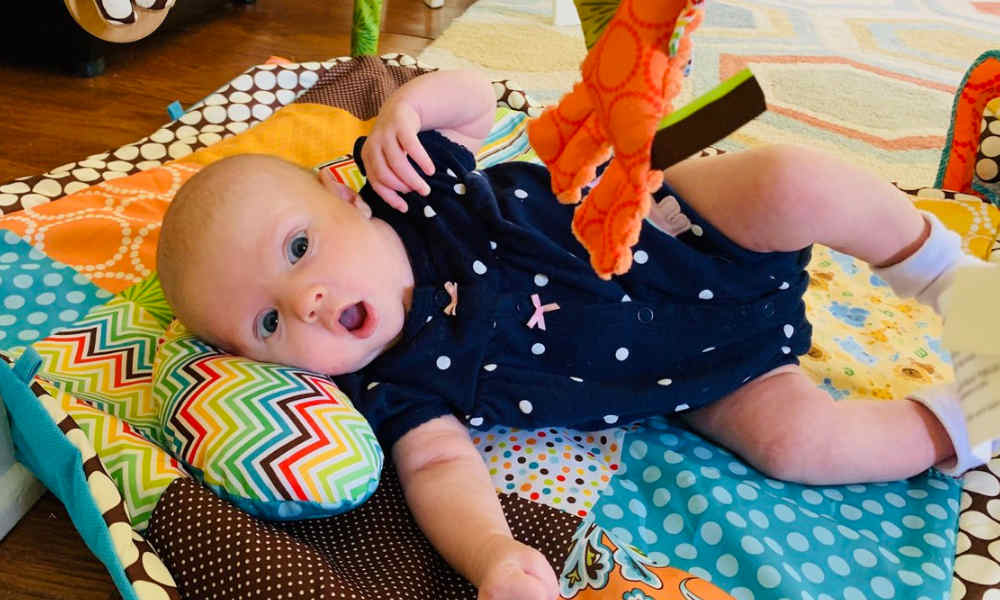 UPDATE: The amber alert has been canceled. Shaylie was safely located in Henderson County, according to Asheville Police. “The incident is under further investigation at this time,” police said.

A North Carolina Amber Alert has been issued for 7-week-old Shaylie Madden after she was allegedly abducted from a park in Asheville, local officials say. Anyone with information is urged to call 911 immediately.

Asheville Police said the infant is believed to have been abducted in Biltmore Park on Thursday. The alleged kidnappers took off in a silver 2014 Mazda CX5, but the vehicle was later found in Henderson County.

“We are still searching for the missing child,” police said.

The identities of the suspects are unknown. They were described as male and female, both of thin build and last seen wearing ski masks, according to police. The female has black hair and the male has red hair. They were last seen traveling on foot.

Shaylie is described as a 7-week-old white female who was last seen wearing a pink onesie with horizontal white stripes. Other details about her abduction have not been released.

Anyone who sees Shaylie or the suspects is urged to call 911 immediately, or call the Asheville Police Department at 828-252-1110 if you have any other information that could help investigators.