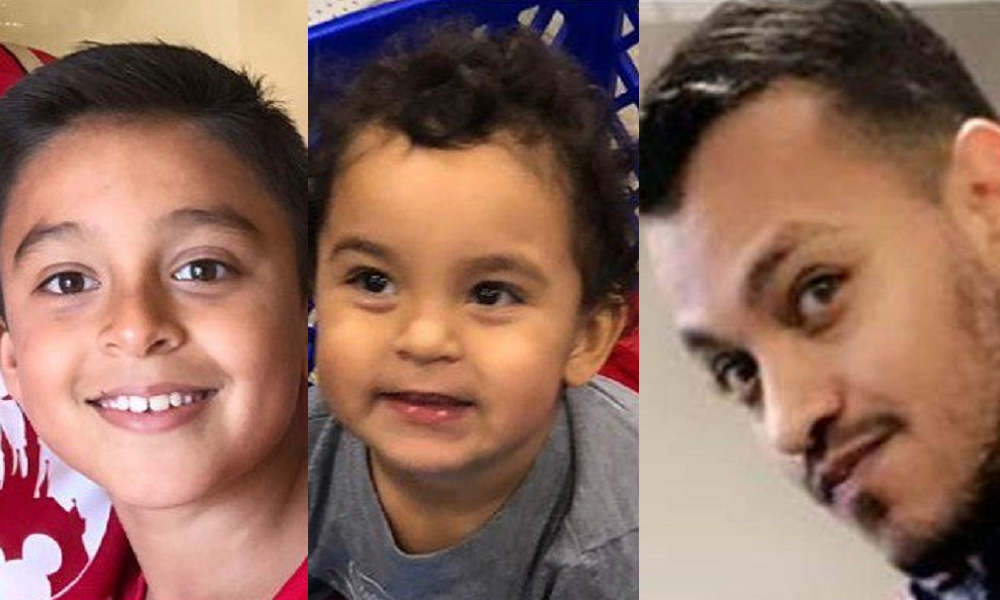 UPDATE: The amber alert has been canceled. Both children were found safe in Juarez, on the Mexican side of the border. Leonardo and Matias have been returned to the U.S. and were turned over to their mother with the help of the FBI and U.S. Marshals. No arrests have been made.

A Texas Amber Alert has been issued for two young boys who were allegedly abducted in El Paso by a 26-year-old man, local officials say. Anyone with information about their whereabouts is urged to call 911 immediately.

The incident happened at about 5 a.m. on Saturday in the 5700 block of Valley Lilac Lane in El Paso, according to the amber alert. Details about the circumstances of the kidnapping were not immediately released.

The two children are 8-year-old Leonardo Ortega and 2-year-old Matias Carrillo, according to the El Paso Police Department. The suspect has been identified as 26-year-old Justin Carrillo, but the nature of his relationship to the children was not immediately known.

The suspect is believed to have taken the boys in a black 2003 Hyundai Elantra with Texas license plate KYR4562. “Law enforcement officials believe [the children] to be in grave or immediate danger,” the amber alert said.

Matias is described as a 2-year-old white male with black hair and brown eyes, standing 3 feet tall and weighing 50 pounds. He was last seen wearing a gray onesie, according to the amber alert.

The suspect, Justin Carrillo, is described as a 26-year-old white male with brown hair and hazel eyes, standing 5 feet 10 inches tall and weighing 190 pounds. It’s unknown where he might be taking the children.

Anyone who sees the suspect, the children, or the suspect vehicle is urged to call 911 immediately, or call the El Paso Police Department at (915) 832-4400 if you have any other information that could help investigators.