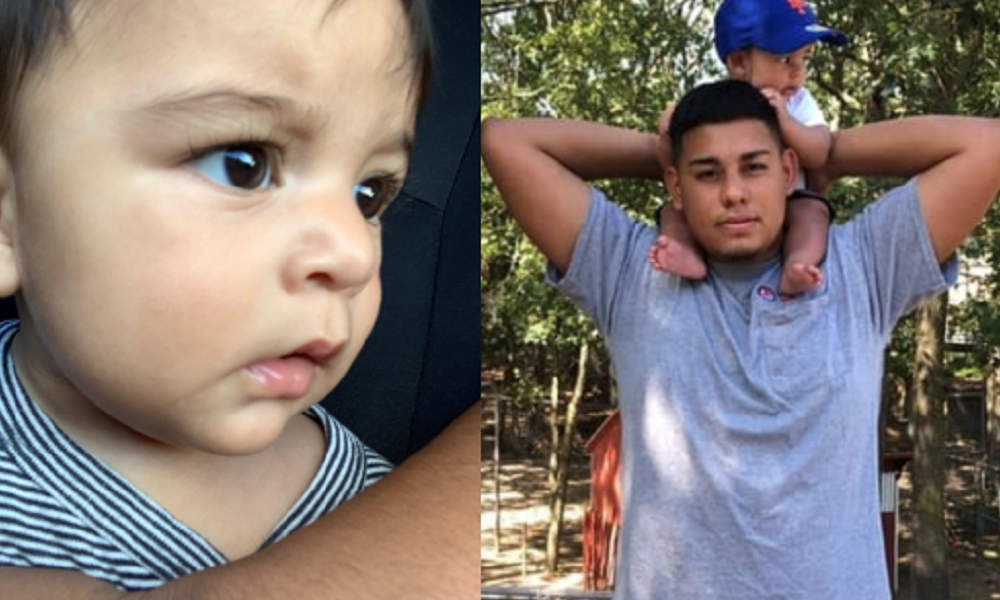 UPDATE: The amber alert has been canceled. An acquaintance brought the baby back to his mother’s house unharmed, according to the Suffolk County Police Department. Bryan has not yet been found.

A New York Amber Alert has been issued for 6-month-old Daniel Quinteros after he was allegedly abducted from Deer Park in Suffolk County, local officials say. Anyone with information about Daniel’s location is urged to call 911 immediately.

The incident happened at about 2:30 p.m. on Wednesday when Daniel was taken from the 100 block of The Arches Circle in Deer Park, according to the amber alert, which was issued just after 8 p.m. His father, 19-year-old Bryan Quinteros, was identified as the suspect.

“Following a physical altercation with the baby’s mother at approximately 2:30 p.m. … Bryan Quinteros took the baby, Daniel Quinteros, and threatened not to bring him back,” the Suffolk County Police Department said in a statement.

Bryan is described as a 19-year-old Hispanic male with brown hair and brown eyes, standing 5 feet 10 inches tall and weighing about 250 pounds. He is believed to have taken the child in a 2019 Honda Civic with New York license plate number JEZ-1680.

Daniel is described as a 6-month-old Hispanic male with short, brown hair and brown eyes, standing 2 feet tall and weighing about 19 pounds. He was last seen wearing a black and white horizontal striped onesie and black sweatpants, according to police.

Anyone who sees Daniel, Bryan, or the suspect vehicle is urged to call 911 immediately, or call the Suffolk County Police Department at (631) 854-8152 if you have any other information that could help investigators. You can also call Crime Stoppers at 1-800-220-TIPS.

Man jumps to his death at Facebook headquarters in California