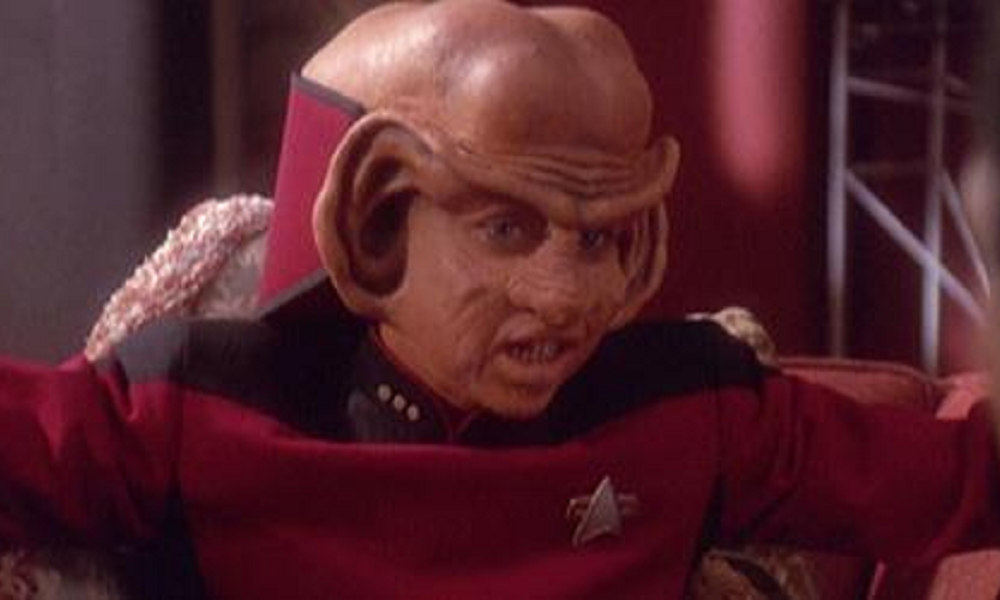 Actor Aron Eisenberg, who is best remembered for his role as a Ferengi called Nog on “Star Trek: Deep Space Nine,” has unexpectedly died after being taken to hospital, his wife says. He was 50 years old.

“It is with extreme regret and sadness to announce that my love and best friend, Aron Eisenberg, passed away earlier today,” Malissa Longo said on Facebook on late Saturday night. “He was an intelligent, humble, funny, emphatic soul. He sought to live his life with integrity and truth.”

Longo and Eisenberg were quietly married on December 28. “We were hoping to have a big shindig in celebration of our nuptials, but had to wait to save up the money,” she said. “While our marriage, on paper, was a short one, our hearts had been married for far longer.”

The cause of Eisenberg’s death was not immediately known. Longo had posted a message on Facebook earlier in the day in which she said her husband was in critical condition after being taken to hospital.

Eisenberg portrayed a Ferengi called Nog in nearly 50 episodes of “Star Trek: Deep Space Nine,” but when he was cast he had no idea how many episodes he would be called upon to do. “I thought every episode I was doing might be my last episode,” he said in a 2012 interview.

Eisenberg also voiced Nog for the “Star Trek Online” video game in 2010 and portrayed Kar, a young Kazon-Ogla, in an episode of “Star Trek: Voyager” in 1995. He further appeared as Fnaxnor in the fan-made series “Star Trek: Renegades.”