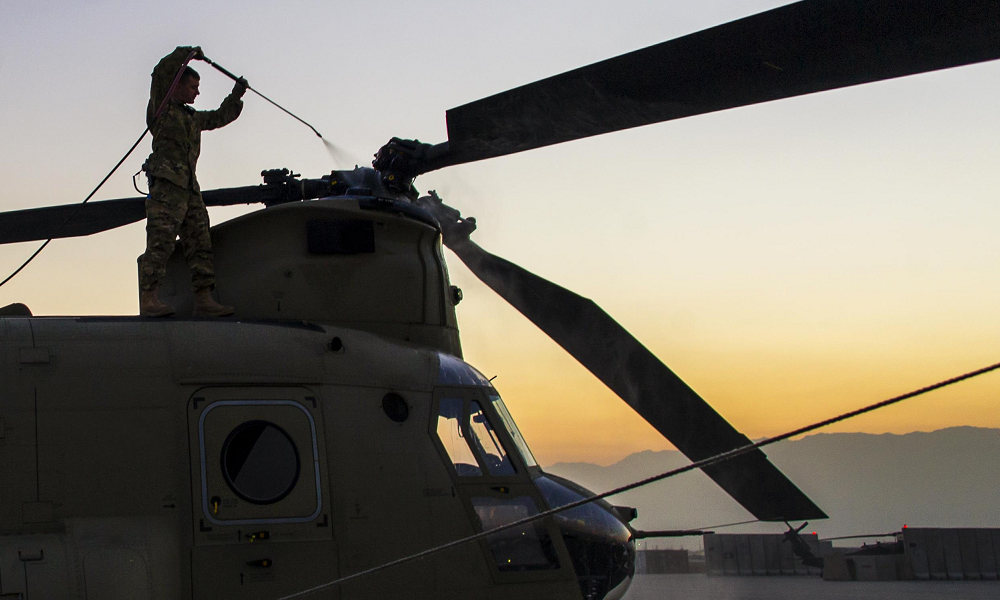 Two American service members were killed Wednesday when a helicopter went down in eastern Afghanistan, the U.S. military said. It denied a claim from Taliban insurgents that the aircraft was shot down.

A brief statement from U.S. Forces Afghanistan confirmed that two U.S. service members were killed in the crash, which happened on early Wednesday morning. It provided no details about the type of aircraft, the location of the crash, or whether anyone else was injured.

“The cause of the crash is under investigation, however preliminary reports do not indicate it was caused by enemy fire,” the statement said. “In accordance with U.S. Department of Defense policy, the names of the service members killed in action are being withheld until 24 hours after notification of next of kin is complete.”

Afghan media said the helicopter went down in the Charkh District of Logar Province, about 85 kilometers (53 miles) southwest of the capital Kabul. It was not immediately known how many people were on board the aircraft.

The Taliban claimed responsibility for the crash, saying dozens of “invaders” were killed when a CH-47 Chinook helicopter was “shot down” and destroyed while trying to raid a Taliban position in Logar province. The Taliban, however, has a history of making false claims of responsibility.

There are currently more than 17,000 foreign troops in Afghanistan, most of which are from the United States. Nineteen service members have been killed in action so far this year, including 17 from the U.S., 1 from Croatia, and 1 from Romania. This is the highest figure since 2014.

Two service members – one from the U.S. and another from Romania – were killed in a car bombing in Kabul on September 5. This attack prompted U.S. President Donald Trump to cancel a secret meeting at Camp David with top Taliban leaders and Afghan President Ashraf Ghani.

North Korea says ‘not interested’ in talks with Trump