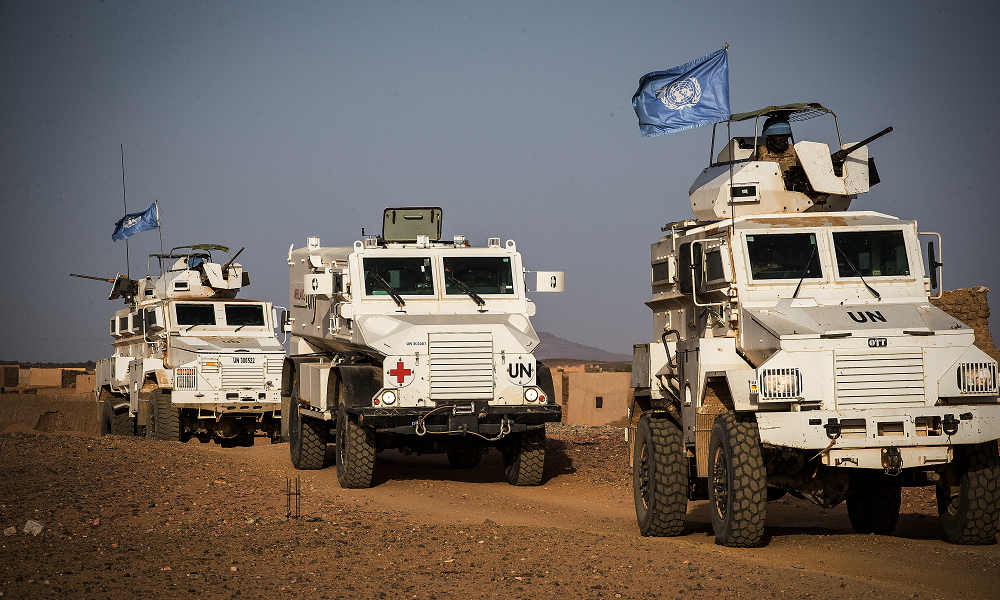 Three UN peacekeepers were killed and four others were seriously injured when roadside bombs hit their convoy in northern Mali, the United Nations says. There was no immediate claim of responsibility.

The UN peacekeeping mission, which is also known as MINUSMA, said the attack happened on Sunday morning when improvised explosive devices (IEDs) hit a routine patrol near Aguelhok in the Kidal Region.

Three peacekeepers were killed in the explosion and four others were seriously injured, MINUSMA said. Those killed were identified as peacekeepers from Chad but it was not immediately known who was responsible for Sunday’s attack.

“We will combine all efforts to identify and apprehend those responsible for these terrorist acts so they can answer for their crimes,” MINUSMA mission chief Mahamat Saleh Annadif said. “I bow before the remains of these brave peacekeepers who died in the service of peace in Mali.”

UN Secretary-General António Guterres strongly condemned the attack and urged local authorities to “spare no effort” in identifying the perpetrators so they can be brought to justice.

Fighting erupted in northern Mali in January 2012 as al-Qaeda linked fighters sought to gain independence and autonomy in the region. President Amadou Toumani Toure was ousted in a coup d’etat in March 2012 for failing to handle the crisis and much of the region was under the control of rebel forces by April 2012.

French and African forces were deployed at the request of the Malian government to stop the rebels from advancing south and reaching the country’s capital. The soldiers succeeded in this goal and captured key cities and towns from militants before handing over security responsibilities to MINUSMA in July 2013.

The Malian government and two coalitions of armed groups in northern Mali signed a peace deal in 2015 in an effort to end the conflict, which has claimed thousands of lives. The UN’s mission is to support the peace deal’s implementation, protect civilians, promote human rights, and create a safe environment for the delivery of humanitarian assistance.