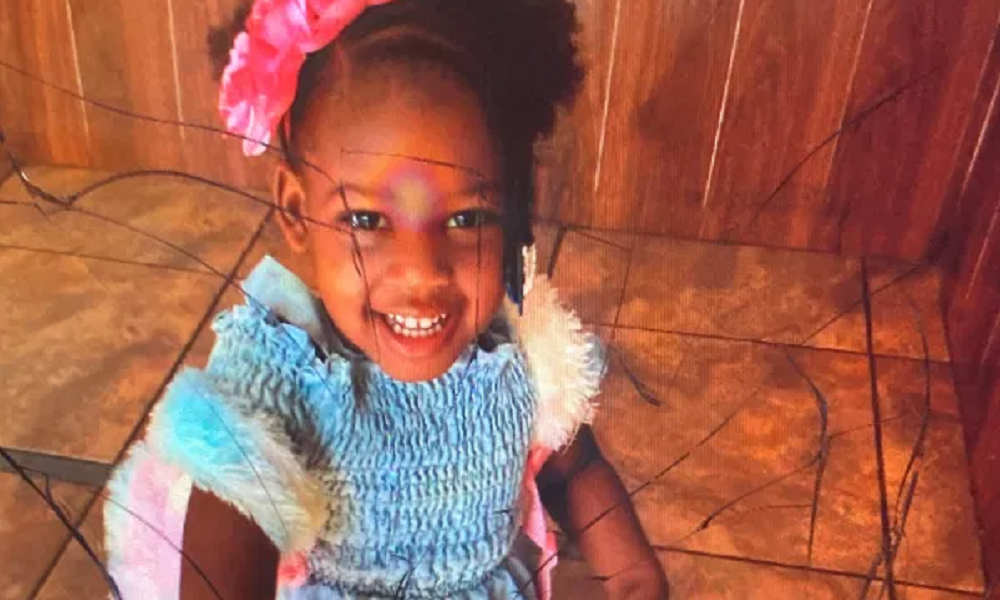 UPDATE: The amber alert has been canceled. Chasity was found safe.

A Texas Amber Alert has been issued for 3-year-old Chasity Collins after a vehicle she was in was stolen in Dallas, local officials say. Anyone with information is urged to call 911 immediately.

The incident happened at 12:30 a.m. on Wednesday when a vehicle with Chasity inside was stolen from the 2400 block of W. Ledbetter Drive. Other details about the apparent abduction were not immediately released.

“As of now, the vehicle nor child has been located,” the Dallas Police Department said in a statement.

The stolen vehicle is a white 2009 Lincoln 4-door MKZ sedan with Texas license plate number JJT5997, according to police. There is no information about a possible suspect.

Chasity is described as a 3-year-old black female with black hair and brown eyes, standing 3 feet tall and weighing 85 pounds. She was last seen wearing an unknown color short sleeve shirt, gray tights, and no shoes.

Anyone who sees Chasity or the stolen vehicle is urged to call 911 immediately, or call the Dallas Police Department at (214) 671-4268 if you have any other information that could help investigators.