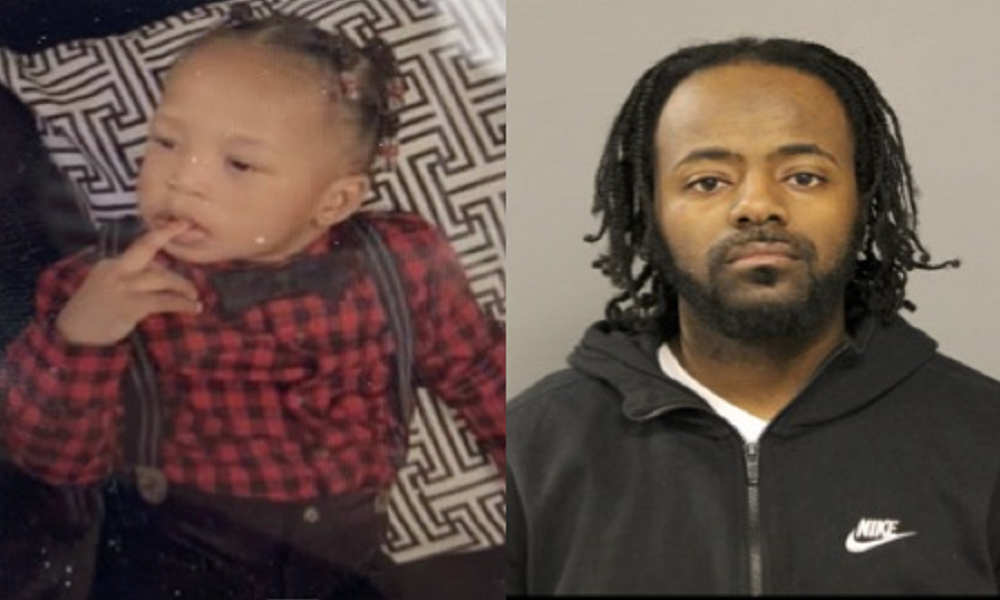 UPDATE: The amber alert has been canceled. K’marion was found safe after he was dropped off at a police station.

An Illinois Amber Alert has been issued for 1-year-old K’marion Hebron who was allegedly abducted after a double homicide near Chicago, local officials say. Anyone with information is urged to call 911 immediately.

The incident happened at about 3 a.m. on Friday in the 14000 block of South Tracy Avenue in Riverdale, a village in Cook County, south of Chicago. Details about the murders or the abduction were not immediately released.

The suspect has been identified as 32-year-old Clarence Hebron. He’s believed to have taken the child in a silver 2009 Dodge Caravan with Illinois license plate number CA96676.

Clarence is described as a 32-year-old black male with black hair and brown eyes, standing 5 feet 6 inches tall and weighing 135 pounds. The exact nature of his relationship to K’ marion was not immediately released.

Anyone who sees K’ marion, Clarence, or the suspect vehicle is urged to call 911 immediately, or call the Riverdale Police Department at 708-841-2203 if you have other information that could help investigators.

8 people shot at Mayfair Mall in Wisconsin, shooter at large