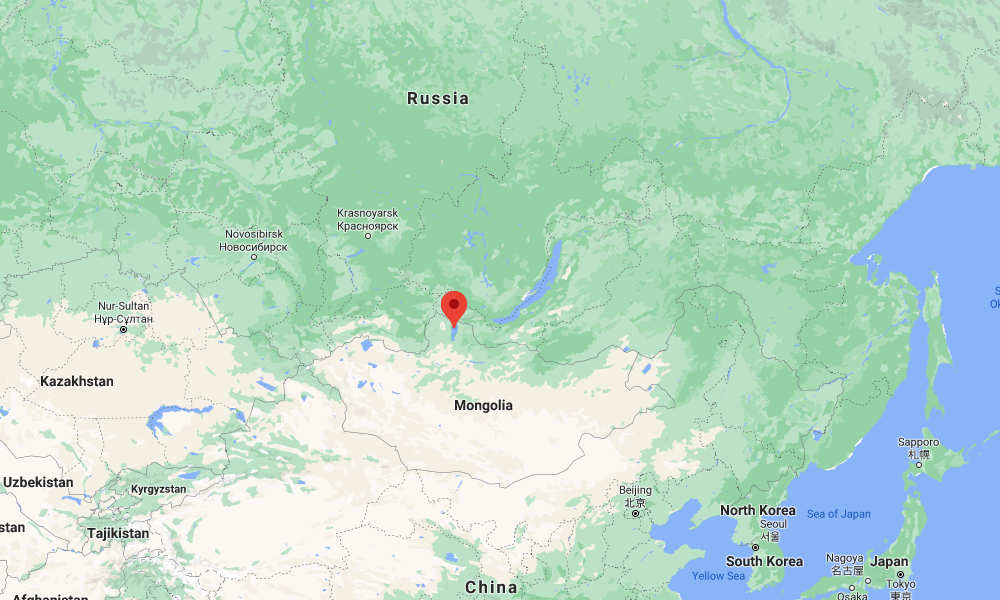 A strong 6.7-magnitude earthquake has struck a lake along the Russia-Mongolia border, with shaking felt across the region, seismologists and residents say. There were no immediate reports of injuries.

The earthquake struck at 5:33 a.m. local time on Tuesday and was centered in Lake Khövsgöl in northern Mongolia, about 55 kilometers (34 miles) from the border with Russia, or 288 km (179 miles) southwest of Irkutsk.

The U.S. Geological Survey (USGS) put the earthquake’s magnitude at 6.7, down from an earlier estimate of 6.8. It said the quake struck at a depth of just 10 km (6 miles) and was felt across the region on both sides of the border.

The area near the epicenter is not heavily populated but is home to a number of villages near the lake, including Hatgal and Turt, which have a combined population of up to 5,000 people. There were no immediate reports of casualties.

A 40-year-old resident in Darkhan, a city about 423 kilometers (263 miles) southeast of the epicenter, was woken up by the earthquake. “It was the strongest I’ve felt in my whole life,” the resident told BNO News.

Indra Ganbaatar was also sleeping when the earthquake was felt in the capital Ulaanbaatar. “I felt a very strong tremor and woke up,” Ganbaatar said. “My whole bed was shaking. It was really scary. I was really scared.”

Nil-Erdene Bayanburd, also from Ulaanbaatar, felt the quake as well. “Our dangly lights and lamps were swinging slightly, the desk was pretty shakey and everyone felt it in different regions across Ulaanbaatar,” Bayanburd said.

Tuesday’s tremor was one of the strongest earthquakes to hit northern Mongolia in recent history.