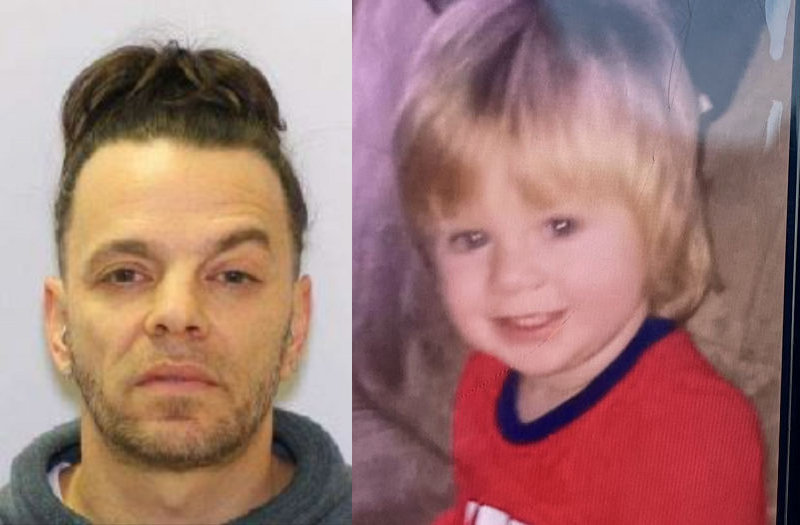 An Ohio Amber Alert has been issued for 1-year-old Soull Minnehan after he was violently abducted in Madison Township in Franklin County, local officials say. Anyone with information is urged to call 911 immediately.

The abduction happened on Tuesday after an incident of domestic violence between the suspect and the child’s mother at a home in the 3000 block of Hatfield Court. The mother was struck by a gun and shots were reportedly fired, but no one was hit by bullets.

The suspect has been identified as 51-year-old William Hannah, who is described as a white male with blonde hair and brown eyes, standing 5 feet 7 inches tall and weighing 160 pounds. He has a tattoo on his upper left arm and a cross on his wrist.

The nature of Hannah’s relationship to the child was not immediately clear, but he is not the father.

Hannah, whose photo has not yet been released, left the scene in a black 2003 GMC Yukon Denali with Ohio license plate JGP2058, according to the amber alert. “Suspect is armed and should be considered dangerous,” police said.

Soull, whose name was also spelled as Soul by the sheriff’s office, is described as a 1-year-old white male with bald hair and blue eyes, standing 36 inches tall and weighing 38 pounds. He was last seen wearing blue pajama.

Anyone who sees Soull, Hannah, or the suspect vehicle is urged to call 911 immediately, or call the Franklin County Sheriff’s Office at 1-877-AMBER-OH (1-877-262-3764) if you have any other information that could help investigators.