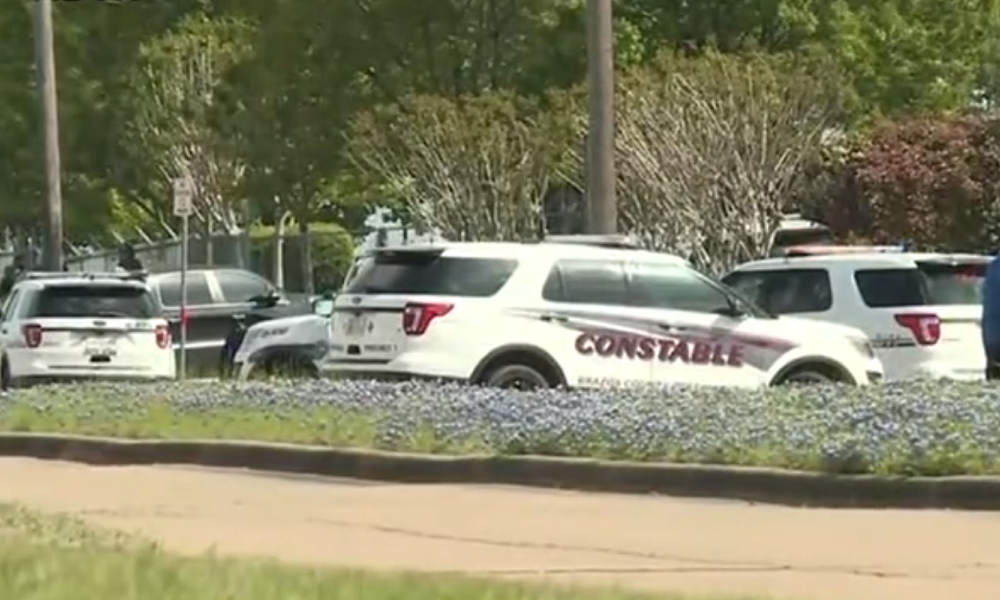 Police near the scene of the shooting in Bryan (Credit: KBTX)
Advertisment

A suspect is in custody after a gunman opened fire at a business in Bryan, Texas, killing at least one person and injuring four others, local officials and witnesses say. A police officer was shot while pursuing the suspect.

The incident began at 2:30 p.m. on Thursday when officers were called for an active shooter at 350 Stone City Drive, which is home to Kent Moore Cabinets, near College Station. The suspect had already left when officers arrived on scene.

Bryan Police Chief Eric Buske said one victim was pronounced dead at the scene and four others were taken to an area hospital in critical condition. A sixth person had no injuries from the shooting but was treated for an asthma attack.

A second shooting was reported in Iola, a small city just northeast of Bryan, as police were searching for the suspect from Bryan. Witnesses reported hearing a series of gunshots around 3:30 p.m. and bullet holes were visible in a DPS vehicle.

“A DPS Trooper was shot while pursuing an individual suspected of being involved in the shooting in Bryan,” the Department of Public Safety said in a statement. “He remains in serious but stable condition.”

Police said the suspected shooter, who may have been armed with a semi-automatic rifle, was taken into custody just before 4:20 p.m. His or her identity was not immediately released, but officials said the shooter may have been an employee at Kent Moore.

Texas Governor Greg Abbott confirmed that the suspected shooter had been taken into custody. “[My wife] Cecilia and I are praying for the victims and their families and for the law enforcement officer injured while apprehending the suspect,” he said.

BREAKING: There has been a mass shooting at a business in Bryan in the 300 block of Stone City Drive. At least six injured, several in critical condition according to my sources.