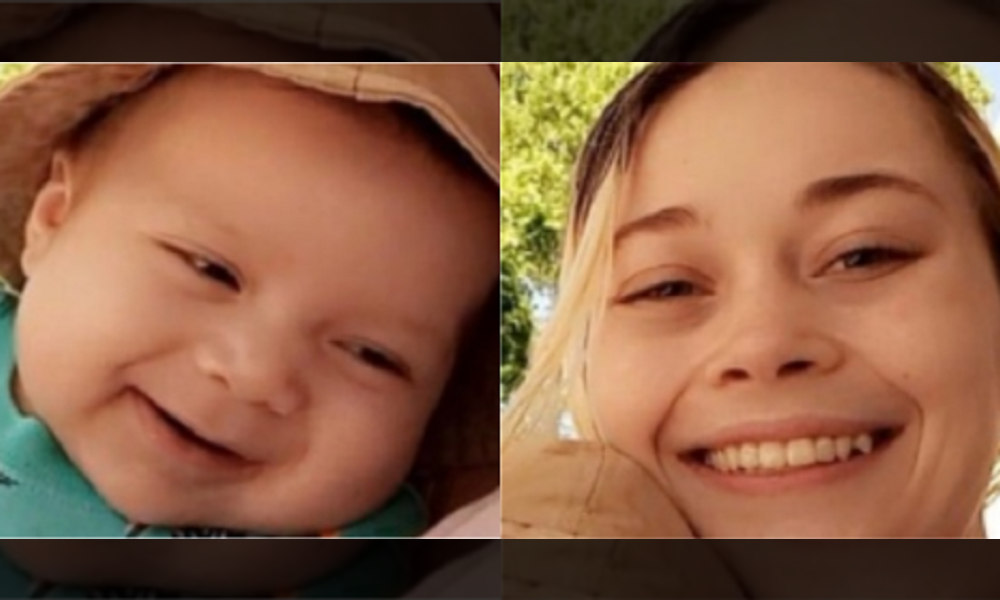 UPDATE: The amber alert has been canceled. Miguel was found safe when officers pulled over a vehicle in Parker County. Reid was taken into custody while Nast was said to have fled.

A Texas Amber Alert has been issued for 7-month-old Miguel Ramirez after he was abducted from his father at gunpoint, local officials say. He’s believed to be with his mother and a man and anyone with information is urged to call 911.

The incident happened at 10:25 a.m. on Thursday when the child’s mother and an unidentified man kicked in the door at the child’s home in the 900 block of N Shawnee Street in Ennis. They displayed a gun, assaulted the father, and took the child.

Police have identified the mother as Faith Reid, a 20-year-old white woman who’s described as having blond hair and green eyes, standing 5 feet 2 inches tall and weighing 115 pounds. She had not been involved in the child’s life in recent months, according to police.

The man with Reid was identified as Marcus Nast, a 25-year-old white male with brown hair and brown eyes, standing 5 feet 11 inches tall and weighing 168 ponds. Nast has “numerous” tattoos, some of which are on his neck, according to the amber alert.

The pair and Miguel are believed to be traveling in a white 2010 Ford F-150 with Texas license plate GRD5538. The vehicle has an extended cab. It’s unknown where Reid and Nast may be taking the child.

Anyone who sees Miguel or Reid is urged to call 911 immediately, or call the Ennis Police Department at (972) 875-4462 if you have any other information that could help investigators.