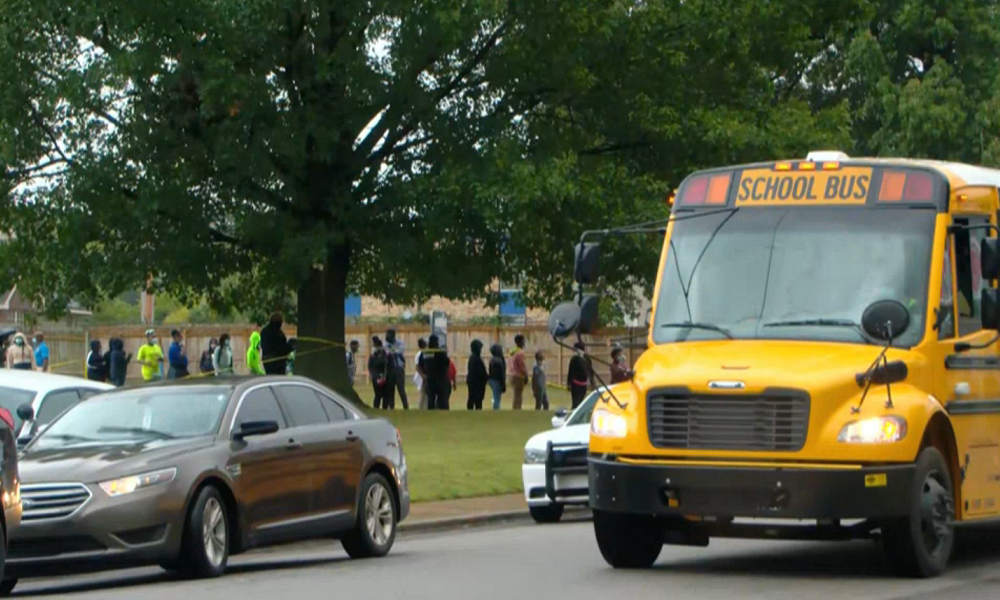 Children being evacuated from the school (Credit: WMC)
Advertisment

A 13-year-old boy is in critical condition after a shooting at Cummings Elementary School in Memphis, Tennessee, local officials say. The suspect, who is also a child, fled the scene but later turned himself in.

The incident began at about 9:15 a.m. on Thursday when officers were called for a shooting at Cummings Elementary School in Memphis. A 13-year-old boy was rushed to an area hospital in critical condition.

The suspect, who was only described as a “male juvenile,” fled the scene but later turned himself in at a police station about seven miles from the school. His age was not immediately released.