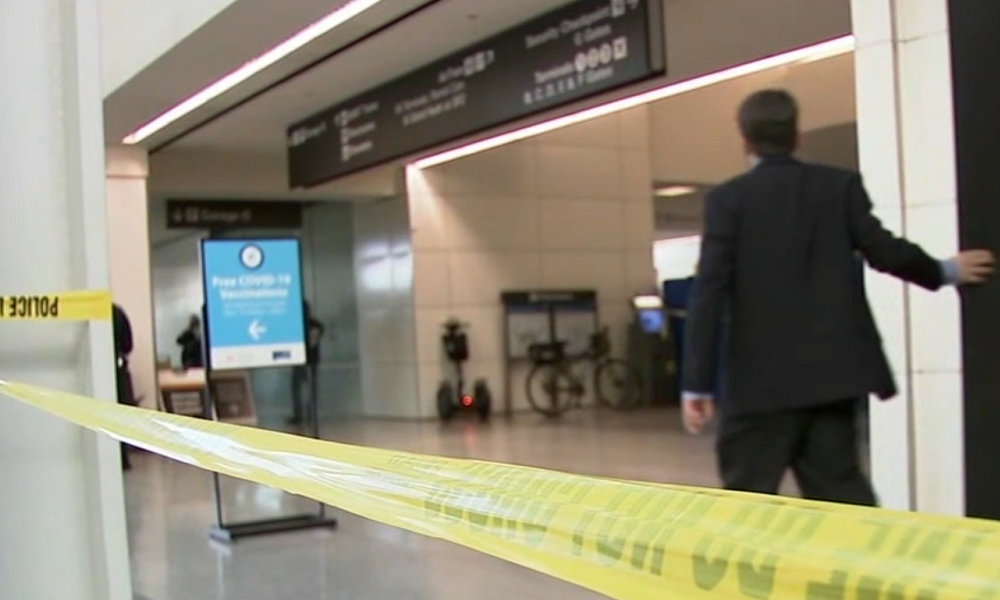 Near the scene of the shooting (Credit: KGO-TV)
Advertisment

Police have opened fire at a man who was carrying two guns in the international terminal at San Francisco International Airport, killing him and injuring a second person nearby, local officials say. Only few details have been released.

The incident began at 7:26 a.m. on Thursday when police were called for a suspicious person at the entrance to the BART station at the international terminal. When they arrived, they encountered a man who an airport spokesman said was armed with two firearms.

“They began to work to de-escalate the situation. This was not successful [and] the individual continued to display threatening behavior,” airport spokesman Doug Yakel said, adding that officers tried to use non-lethal measures, including bean bags, to subdue the suspect.

“The individual continued to advance towards officers, at which time they discharged several shots into the suspect, which neutralized the threat. This individual has since died from his injuries,” Yakel said. A second person, a homeless man, was hit in the leg by a ricochet bullet.

Other details about the circumstances of the incident were not immediately known.