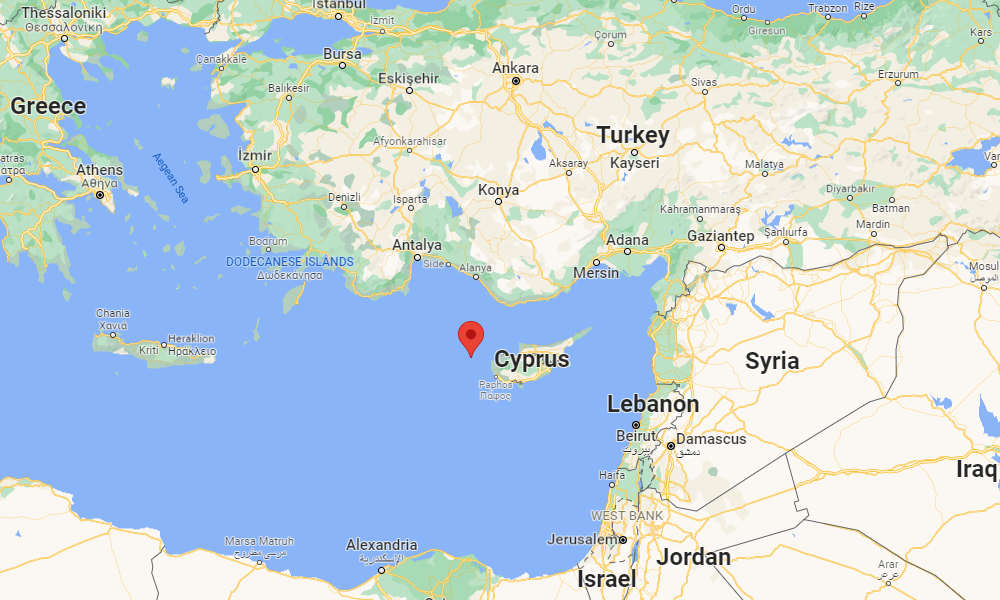 The epicenter of the earthquake (Credit: Google)

A powerful earthquake measuring 6.6 has struck the Mediterranean Sea off the coast of Cyprus, with shaking felt as far away as Turkey, Syria, Lebanon, Israel, and Egypt, seismologists and residents say. There were no reports of casualties.

Some residents near the epicenter described minor damage at their home but there were no reports of injuries. Shaking was felt across Cyprus and in countries along the Mediterranean Sea, including Turkey, Syria, Lebanon, Israel, and Egypt.

“I live on the 2nd floor of an apartment building and literally everything shook,” Linda Jones, from Mesa Chorio in Paphos, told BNO News. “Never been so frightened, [I’ve] been here for nearly 20 years and that has been the strongest yet.”

A resident in Central Paphos said there was rattling and shaking for approximately 10 seconds. Others on the island described the earthquake as lasting longer, up to 60 seconds in some places.

“I’m in Paphos town, and the earthquake was felt very intensely,” Matheos Christou said. “[It] lasted about 30-40 seconds and it was one of the most intense ones for years. The tremors were consistently felt and everyone was awakened and shook by what happened.”