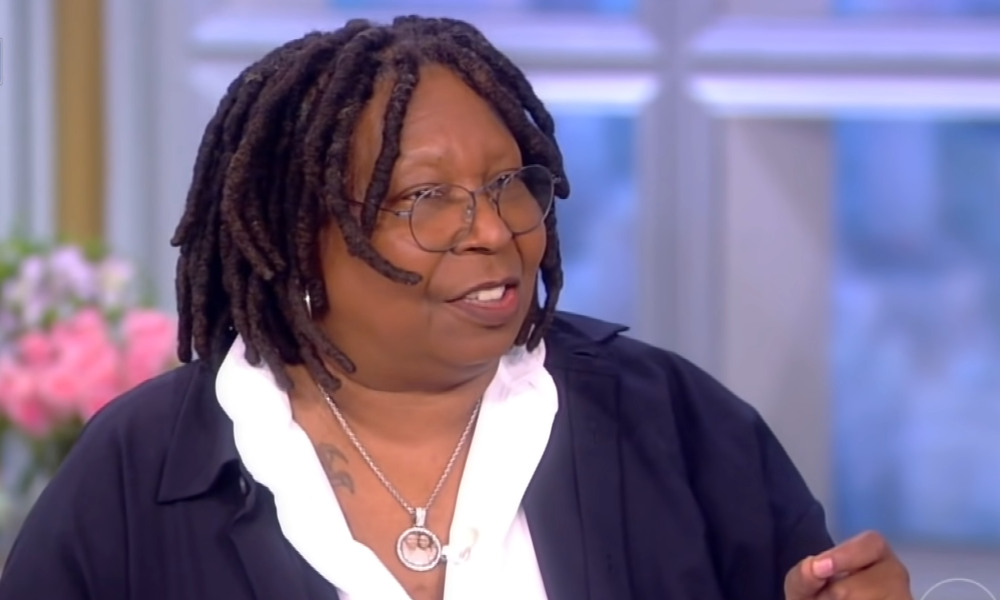 Whoopi Goldberg on 'The View' on Monday
Advertisment

Whoopi Goldberg, one of the co-hosts of talk show “The View,” has been suspended for two weeks amid outrage over her controversial remarks about the Holocaust, her employer announced on late Tuesday.

“Effective immediately, I am suspending Whoopi Goldberg for two weeks for her wrong and hurtful comments,” ABC News President Kim Godwin said. “While Whoopi has apologized, I’ve asked her to take time to reflect and learn about the impact of her comments.”

The incident happened on Monday when the co-hosts were discussing a Tennessee school district’s decision to ban “Maus,” a Pulitzer Prize-winning graphic novel about the experiences of Holocaust survivors.

“If you’re going to do this, then let’s be truthful about [it], because the Holocaust isn’t about race,” Goldberg said. “No, it’s not about race … It’s about man’s inhumanity to man, that’s what it’s about … These are two white groups of people.”

Goldberg later apologized in a statement, explaining that she should have said that the Holocaust was about both race and man’s inhumanity to man. “I’m sorry for the hurt I have caused,” she said. She also apologized during Tuesday’s episode.

“It’s indeed about race, because Hitler and the Nazis considered Jews to be an inferior race,” she said. “Words matter and mine are no exception. I regret my comments, as I said, and I stand corrected.”

Sparks fly as The View panel confronts Whoopi after she says "the Holocaust isn't about race. No. It's not about race."
"Well, the considered Jews a different race," Joy Behar says.

"But it's about white supremacy. It's about going after Jews and Gypsies," Ana Navarro adds. pic.twitter.com/GZwZSi2qXi

“Words matter, and mine are no exception. I regret my comments, as I said, and I stand corrected. I also stand with the Jewish people.” pic.twitter.com/ZXEXo8AGhE

Sweden drops all restrictions against COVID-19