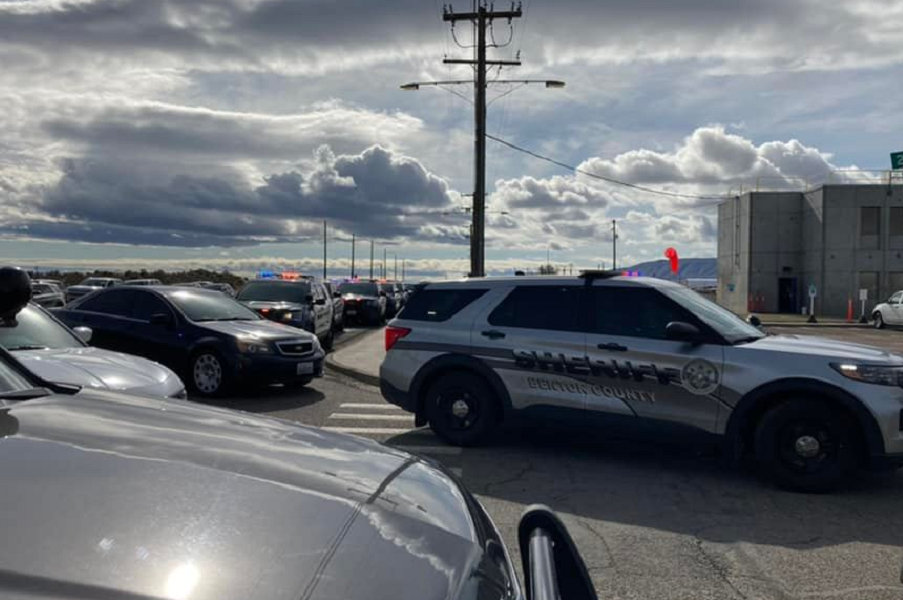 The Hanford Nuclear Reservation in Washington state, where one of the largest nuclear cleanup efforts in the world is taking place, was put on lockdown Tuesday after unconfirmed reports of an active shooter. It was later determined that no shooting took place.

The incident began at 10:30 a.m. on Tuesday when officers were notified of an “active shooter” at the 2750E Building, an office building which is used by Washington River Protection Solutions, a tank farm contractor. Workers in the building were evacuated.

A spokesperson for the Benton County Sheriff’s Office later said that nothing was found during searches by law enforcement. “They have not located any victims inside the building or any evidence at this time of shots being fired,” the spokesperson said.

The lockdown was lifted after a few hours though the 2750E building remained closed.

The Emergency Operation Center at the U.S. Department of Energy said the noises which were reported as gunshots were likely caused by “work activities” near the building. Normal activities at the site can now resume, it said, with the exception of the 2750E building.

The Department of Energy manages 54 million gallons (245 million liters) of nuclear and hazardous waste at the Hanford Site.

5 killed in church shooting near Sacramento