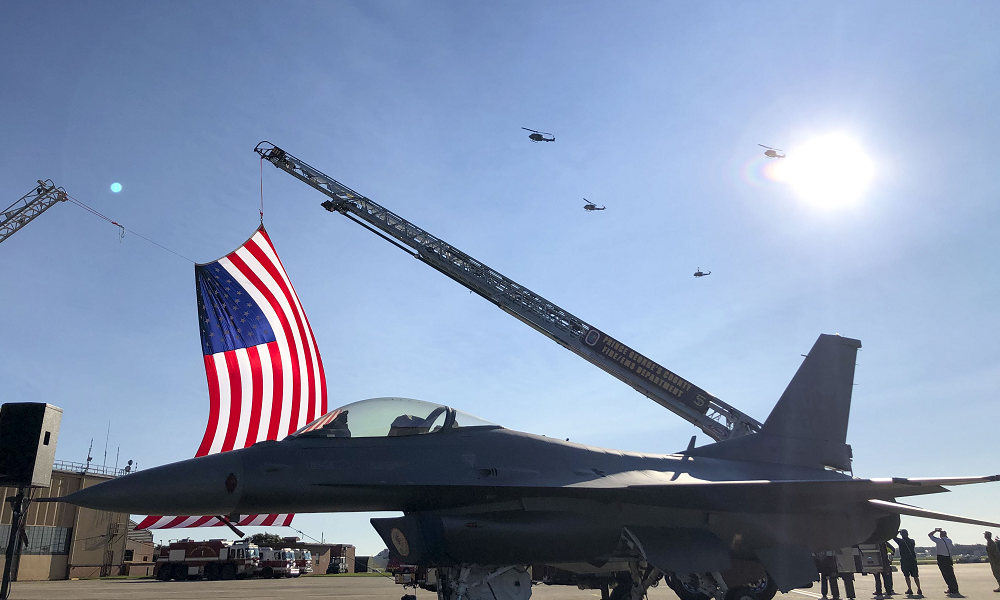 Joint Base Andrews near Washington, D.C. was put on lockdown after two intruders – one of whom was armed – breached security, local officials and witnesses say. It happened shortly after Vice President Kamala Harris took off.

The incident began at roughly 9 p.m. on Sunday when a vehicle drove through a security checkpoint and failed to listen to commands given by security forces at JBA’s main gate.

“The 316th Security Forces Group immediately deployed the barriers and stopped the vehicle,” the base said in a statement. “Two individuals fled the vehicle, and one was apprehended by 316th SFG.”

The individual who was apprehended had a weapon, but no shots were fired. The second person remained at large at midnight and the intruder’s whereabouts are currently unknown.

“There is not an active shooter situation at Joint Base Andrews,” the statement said. It added that security forces are carrying out an initial sweep of the installation, and a “deep search” is planned if the intruder can not be found.

The base is no longer on lockdown.

Vice President Kamala Harris and several cabinet members landed at the base on Sunday night after a trip to Selma, but all of them had left by the time the incident occurred.

“Another reporter and I are in a shuttle van that is being held due to [the] situation,” NPR reporter Scott Detrow said. “Guards stopped the shuttle reporters take from the terminal. They had rifles out and searched our van.”

Joint Base Andrews is located in Prince George’s County in Maryland and serves as the home base for several planes that are used by senior government officials, including the president and the vice president.

Here’s my view from the main gate on JBA. I was stopped in my vehicle along with many other cars after I dropped my husband off at work at a base building pic.twitter.com/hGkbsE8GEA