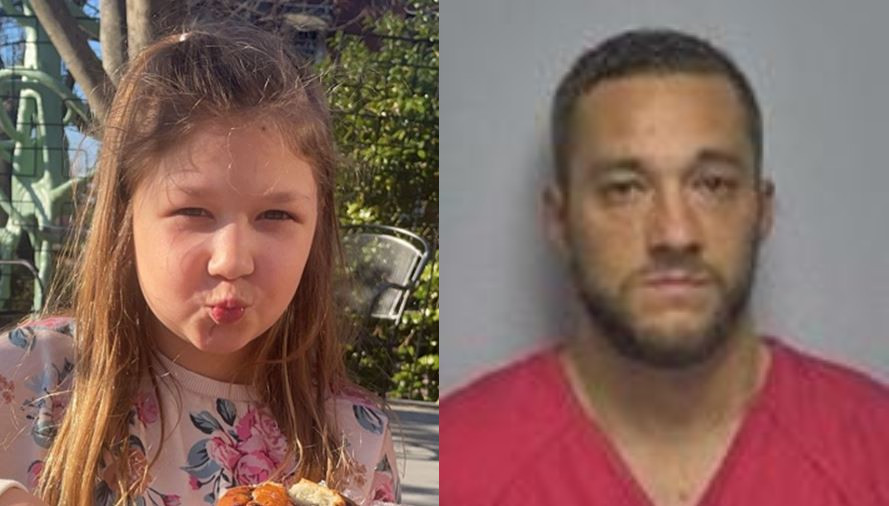 UPDATE: The amber alert has been canceled. Both the child and suspect have been found.

A Kentucky Amber Alert has been issued for 8-year-old Raelynn Cowen after she was allegedly abducted at a bus stop in Livingston County, local officials say. Anyone with information is urged to call 911 immediately.

The incident happened on Friday when Raelynn was reportedly taken from a bus stop at 1266 US 60 W in Ledbetter, a small community in Livingston County. The girl’s grandparent was allegedly assaulted.

The suspect has been identified as 31-year-old Corey Cowen. He’s described as a white man with brown hair and green eyes, standing 5 feet 7 inches tall and weighing 135 pounds. The nature of his relationship to Raelynn, if any, has not been disclosed.

Corey and Raelynn are believed to be traveling in a gold 2001 Chevy C25 with Kentucky license plate number A9B240, according to Friday’s amber alert. There’s a silver tool box in the bed of the truck.

“Corey Cowen is possibly en-route westbound on US 60 towards Paduach,” police said in the amber alert.

Raelynn is described as an 8-year-old white female with blonde hair and green eyes, standing 4 feet tall and weighing 65 pounds. She was last seen wearing blue jean leggings, brown boots, and a white shirt with pink flowers and green leaves.

Anyone who sees Raelynn, Corey, or the suspect vehicle is urged to call 911 immediately, or call Kentucky State Police at 270-856-3721 if you have any other information that could help investigators.