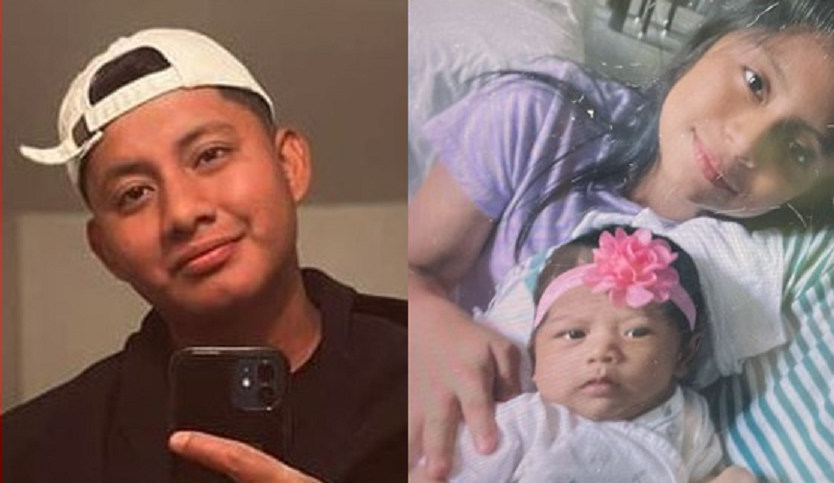 An Amber Alert has been issued for 9-year-old Eileen De Leon Ramos and 2-month-old Amaya Hernandez after they were allegedly abducted in St. Tammany Parish in Louisiana, local officials say. The amber alert includes Mississippi.

The incident happened at around 4 p.m. on Monday when the girls were taken from the 800 block of Lafayette Street in Mandeville, according to Louisiana State Police. A domestic violence incident occurred at the same time.

The suspect has been identified as 25-year-old Sergio “David” Hernandez. He’s described as a Hispanic male with black hair and brown eyes, standing 5 feet 3 inches tall and weighing 140 pounds.

David is believed to have taken the children in a blue 2007 Honda Civic sedan with Mississippi license plate number PNC3279.

“[David] is a suspect and is wanted for questioning for a domestic violence incident, which occurred at the time of the abduction,” state police said in a statement. “Sergio ‘David’ Hernandez is believed to be armed and dangerous. Extreme caution should be used.”

Eileen is described as a 9-year-old Hispanic female with long black hair and brown eyes, standing 3 feet tall and weighing about 45 pounds. She was last seen wearing a school uniform, which is a red polo style shirt and khaki skirt.

Amaya is described as a 2-month-old Hispanic female with short black hair and brown eyes, standing 22 inches tall and weighing about 12 pounds. She was last seen wearing a pink onesie, according to the amber alert.

Anyone who Eileen, Amaya, David, or the suspect vehicle is urged to call 911 immediately, or call the Mandeville Police Department at 985-626-9711 if you have any other information that could help investigators.