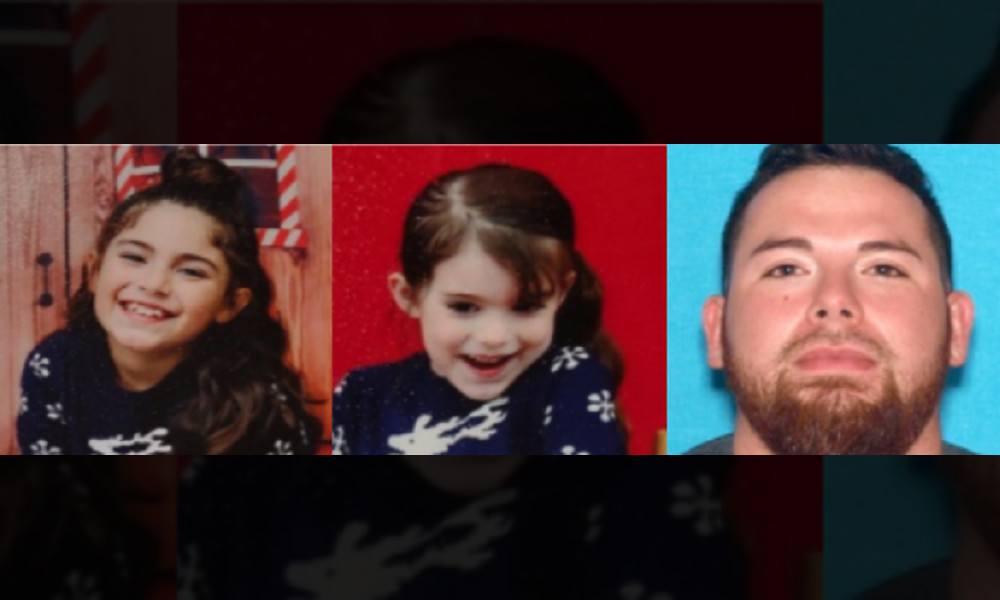 A Texas Amber Alert has been issued for 8-year-old Ariaen Rodriquez and 5-year-old Adalynn Rodriquez after they were allegedly abducted in Amarillo, local officials say. Anyone with information is urged to call 911 immediately.

The incident happened at about 8:40 p.m. on Saturday when the two girls were allegedly taken in the 2800 block of W IH-40 in Amarillo, according to the amber alert. Specific details about the circumstances of their abduction were not immediately released.

The suspect has been identified as 30-year-old Mario Rodriquez. He’s described as a Hispanic male with brown hair and brown eyes, standing 6 feet tall and weighing 220 pounds. He was last seen wearing a black hat with a key symbol, a grey shirt, black jeans, and black shoes.

Mario is believed to have taken the children in a 2018 gray Dodge Charger with Oklahoma license plate number LVV168. The vehicle has black rims.

Ariaen is described as an 8-year-old Hispanic female with black hair and brown eyes, standing 4 feet 10 inches tall and weighing 60 pounds. She was last seen wearing a blue dress with white sandals.

Adalynn is described as a 5-year-old Hispanic female with black hair and brown eyes, standing 3 feet tall and weighing 45 pounds. She was last seen wearing a grey dress with flowers and white sandals. She has a birthmark on her left thigh.

Anyone who sees Ariaen, Adalynn, Mario, or the suspect vehicle is urged to call 911 immediately, or call the Amarillo Police Department at (806) 378-6147 if you have any other information that could help investigators.