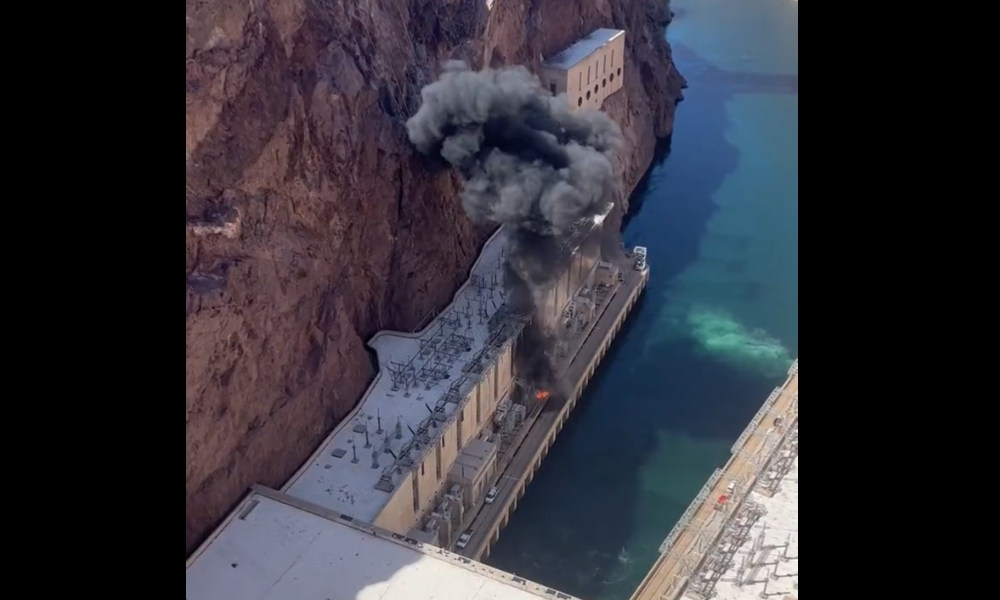 A small explosion happened at the base of the Hoover Dam in Nevada on Tuesday morning, causing a fire that was quickly extinguished, local officials and witnesses say. There were no reports of injuries.

The incident happened just after 10 a.m. on Tuesday when an explosion occurred at the turbine house near the base of the dam. It was followed by a fire, sending a large plume of black smoke into the sky.

Sirens were wailing in the minutes after the explosion as tourists were evacuated from the site, but the fire was quickly extinguished without injuries. There is no threat to the dam’s structure.

“At approximately 10 a.m. PDT, the A5 transformer at Hoover Dam caught fire and was extinguished by [the fire brigade] at approximately 10:30 a.m.,” the Bureau of Reclamation said in a statement. “There is no risk to the power grid. Power is still being generated from the powerhouse.”

The statement said the cause of the explosion is still being investigated.

The Hoover Dam, which was built in the early 1930s, impounds Lake Mead, the largest reservoir in the U.S. Its generators provide power for public and private utilities in Nevada, Arizona, and California. It’s also a major tourist attraction.

BREAKING: Small explosion and fire at the Hoover Dam; cause unknown pic.twitter.com/Y2YfPVvGaH