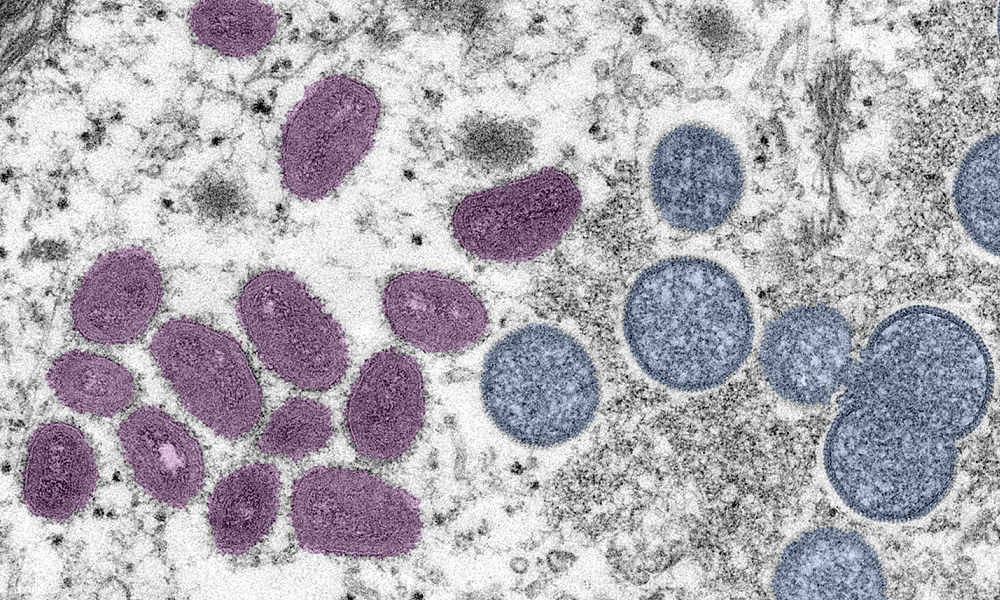 Researchers in Italy have reported the first known case of someone testing positive for monkeypox, COVID-19 and HIV at the same time. All three infections were new and followed a short trip to Spain.

The patient, a 36-year-old Italian man, developed fever, a sore throat, fatigue, headache, and an inflammation of the groin area about 9 days after returning from a 5-day trip to Spain, during which he had sex with men without a condom.

The man tested positive for coronavirus 3 days after the symptoms appeared, according to a case report published in the Journal of Infection. The man also suffered from COVID-19 in January, which came just weeks after being vaccinated.

Within hours of testing positive for coronavirus, a rash appeared on his left arm, and blisters spread across his body during the next few days, which prompted him to go to the emergency room at a hospital in Catania, a city on Sicily’s east coast.

A series of tests taken in the hospital came back positive for monkeypox, COVID-19 and HIV. The HIV test showed a high viral load (234,000 copies/mL) and his preserved CD4 count, along with a negative test less than a year ago, indicates that he was recently infected.

The patient was released from hospital after nearly a week and recovered from COVID-19 and monkeypox, although a small scar remained.

“This case highlights how monkeypox and COVID-19 symptoms may overlap, and corroborates how in case of co-infection, anamnestic collection and sexual habits are crucial to perform the correct diagnosis,” the researchers, from the University of Catania, said in their case report.

“To note, the monkeypox oropharyngeal swab was still positive after 20 days, suggesting that these individuals may still be contagious for several days after clinical remission,” the report said. “Consequently, physicians should encourage appropriate precautions.”

The researchers added: “As this is the only reported case of monkeypox virus, SARS-CoV-2 and HIV co-infection, there is still not enough evidence supporting that this combination may aggravate patient’s condition. Given the current SARS-CoV-2 pandemic and the daily increase of monkeypox cases, healthcare systems must be aware of this eventuality.”