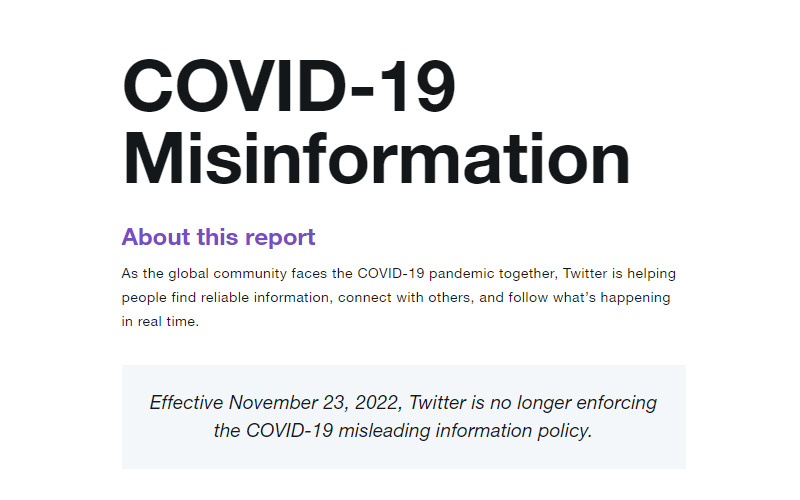 Twitter's announcement on the change
Advertisment

A brief notice on Twitter’s Transparency page said the company is no longer enforcing the COVID-19 misleading information policy. The change took effect last Wednesday but was not reported until Tuesday.

At least 11,230 accounts were permanently suspended and nearly 98,000 pieces of content were removed under the policy, according to figures up to September. It’s unclear if those users could now be reinstated.

Elon Musk, who recently completed his $44 billion takeover of the company, announced last week that Twitter will provide a “general amnesty” for people who were suspended, as long as they didn’t break the law or engaged in egregious spam.