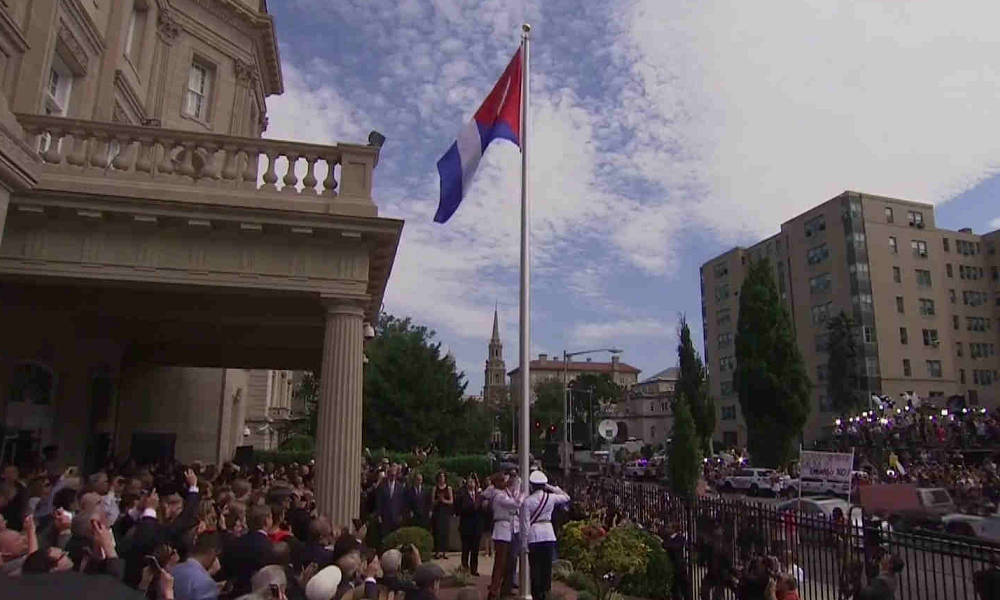 The Cuban flag is raised at the Cuban Embassy in Washington, D.C. on July 20, 2015. (Credit: Sky News)
Advertisment

Cuba and the United States have reached an agreement to re-establish direct postal service between both countries after more than 5 decades. A pilot program is expected to start soon.

The Cuban Embassy in Washington, D.C. said in a statement on Friday that representatives from both countries held a new round of talks on Thursday to discuss the re-establishment of direct postal services.

“Both delegations agreed to re-establish direct postal service between the two countries through the implementation of a Pilot Plan for the transportation of mail which will become effective within the next few weeks, with the hope of eventually institutionalizing it on a permanent basis in the future,” the statement said.

Direct mail services between Cuba and the United States were halted in 1963 as Washington tightened economic sanctions on Havana. This meant letters and packages had to go through countries such as Mexico, Canada and Panama.

Rebels: Russian pilots ‘shot dead’ as they parachuted from plane