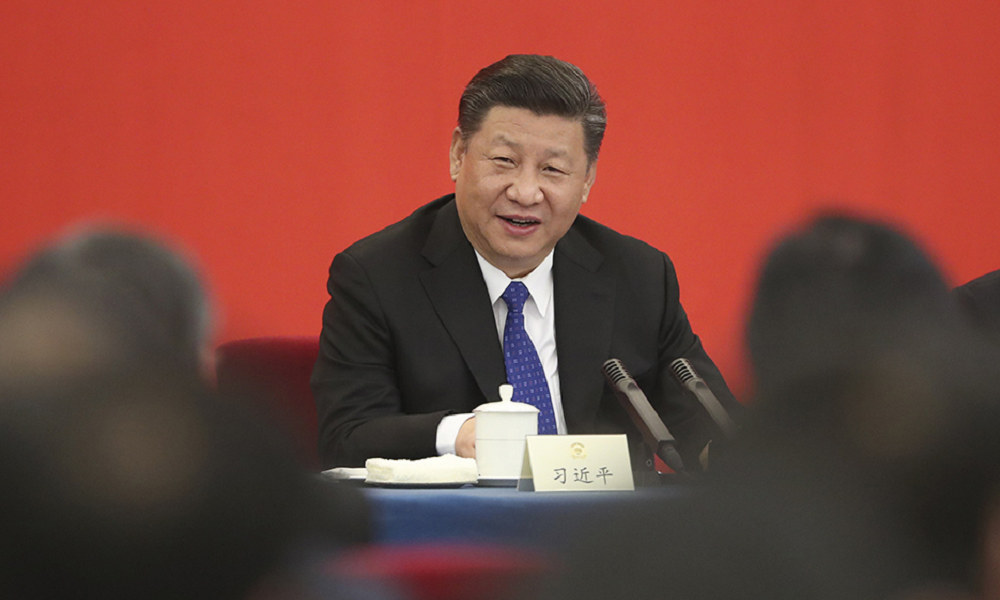 Nearly all lawmakers in the 2,980-member National People’s Congress voted in favor of the constitutional amendment. Only two lawmakers voted against the amendment, three abstained, and one vote was declared invalid.

The approval of the proposal was all but certain as Congress has never voted against the ruling Communist Party. Earlier reports had suggested that some delegates could abstain as a sort of protest vote, but in the end only a few did.

The Communist Party introduced the proposal late last month when it called for several changes to the constitution. Among other changes, it called for the removal of a provision which specifies that the president and vice president “shall serve no more than two consecutive terms.”

There was little room for debate as censors blocked online messages which were seen as critical of the change. In a report on Sunday, the state-run Xinhua news agency reported the approval of a constitutional amendment but it provided no specific details about what had been changed.

“Lawmakers at the ongoing NPC annual session agreed that the constitutional revision, which accords with the aspiration of the Communist Party of China (CPC) and the people and has won approval from both inside and outside the Party, is of historic significance for ensuring prosperity and lasting security of both the Party and the country,” Xinhua said.

Lawmakers have rejected any criticism of the move, claiming that the change is widely supported by the people. “If a good leader comes into power, we should let him remain in that leadership position forever. In this way, there is continuity. It’s great!,” delegate Zhang Donghe told Reuters.

Another delegate, Wang Jiaqi, told Reuters that China should follow its own political model. “We don’t have to follow other countries’ models. We have our own history and own systems and institutions,” he said, adding that the people “really support it.”

The change upends the system which was introduced by Deng Xiaoping, who led China in the late 1970s and the 80s after the death of founder Mao Zedong. Deng provided his successor with the country’s three most powerful posts, but to ensure a new leader would take office after about 10 years, term limits were introduced.

Under this type of leadership system, the country’s leader serves not only as the country’s president and the chairman of the Central Military Commission, he also serves as general secretary of the Communist Party, which is the country’s most powerful job.