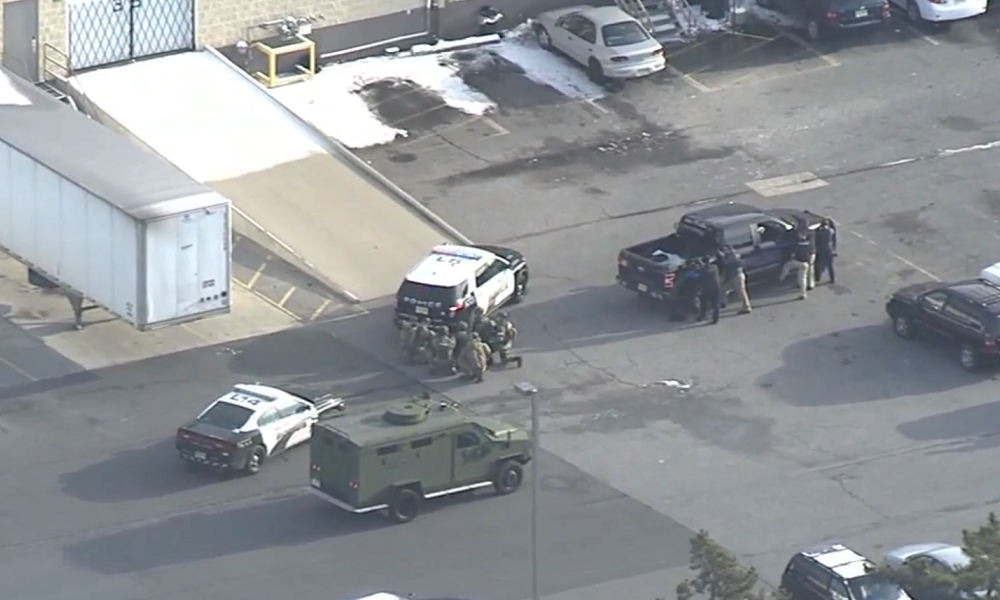 UPDATE: The suspect was shot by police and the 2 hostages escaped without serious injuries. The condition of the suspect was not immediately known.

Two people are being held hostage at the UPS warehouse in Logan Township, New Jersey, after a man opened fire, according to law enforcement officials. One of the hostages is the man’s ex-girlfriend.

The incident began at about 9 a.m. ET on Monday when officers were called to reports of an “active shooter” at the facility, which is located on Birdcreek Road in Logan Township, which is part of Gloucester County.

A source told NBC that a man entered the building and fired shots into the ceiling before taking his ex-girlfriend and a second woman hostage. No one was injured in the shooting but the situation was ongoing at 11 a.m. ET.

A large number of emergency services have been called to the scene, including SWAT and heavily-armed police officers. Video from the scene showed officers taking cover behind their vehicles.

A robocall went out to workers, telling them to stay away.

“UPS is working with law enforcement as they respond to an active shooter situation,” a UPS spokesperson said in a brief statement. “We cannot provide information about the identity of people involved at this time.”

As a result of the incident, Logan Township Schools are on a modified lockdown. “All staff and students are SAFE!”, the school district said in a notice to parents.