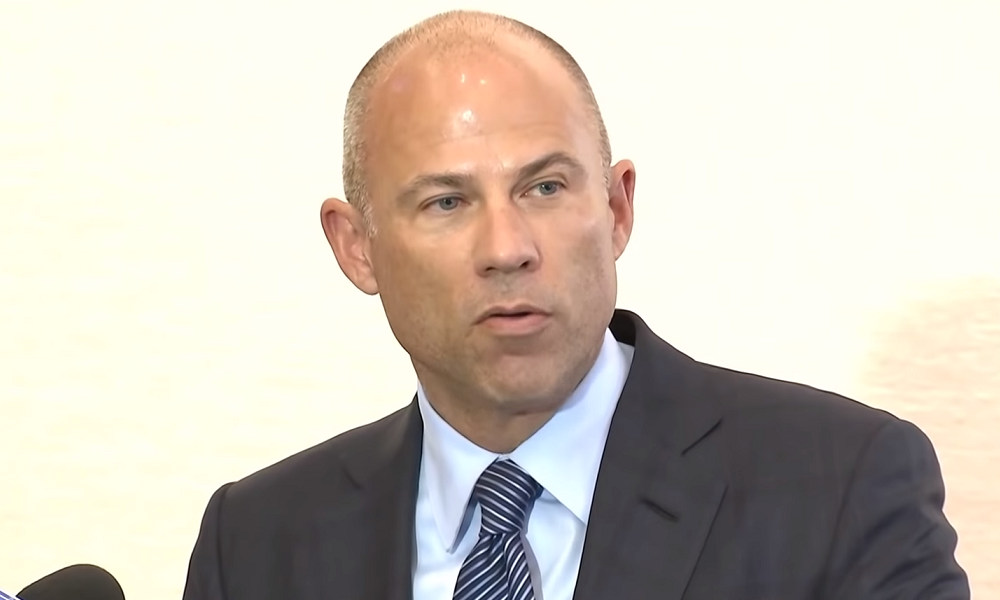 Lawyer Michael Avenatti, who became well-known as the lawyer for Stormy Daniels and an outspoken critic of President Donald Trump, has been arrested in New York for trying to extort Nike, and he’s facing additional charges in California for wire fraud and bank fraud.

Avenatti was arrested on Monday morning after being charged with extortion and related charges in the Southern District of New York. Minutes later, after a 2-year investigation, additional charges were announced in a second, unrelated case in the Central District of California.

According to prosecutors, Avenatti and a co-conspirator told Nike’s lawyers earlier this month that they have a client who claims to have evidence of a basketball bribery scandal involving one or more Nike employees. Avenatti threatened to hold a press conference unless Nike agreed to pay him up to $20 million under the guise of legal work.

Avenatti and the co-conspirator told the lawyers that Nike would have to accept their demands immediately, or else Avenatti would hold his press conference. He said it would negatively affect the company’s market value and pointed out that Nike’s quarterly earnings call and the NCAA tournament – which is important to Nike’s brand – were starting soon.

After the meeting, Avenatti agreed to give Nike two more days to consider his demands. But at the same time, representatives of Nike reported Avenatti’s alleged conduct to the U.S. Attorney’s Office for the Southern District of New York, which led to an FBI investigation.

Last Wednesday, at the direction of law enforcement, Nike’s attorneys reached out to Avenatti and his co-conspirator to ask for more time to consider their demands. During a call, which was recorded by investigators, Avenatti repeated his demands and threats.

“I’m not fucking around with this, and I’m not continuing to play games. … You guys know enough now to know you’ve got a serious problem. And it’s worth more in exposure to me to just blow the lid on this thing. A few million dollars doesn’t move the needle for me,” Avenatti said, according to a transcript.

“If you guys think that you know, we’re gonna negotiate a million five, and you’re gonna hire us to do an internal investigation, but it’s gonna be capped at 3 or 5 or 7 million dollars, like let’s just be done. … And I’ll go and take 10 billion dollars off your client’s market cap. But I’m not fucking around,” he continued.

At a second meeting, which was recorded on video, Avenatti demanded he be hired to conduct an “internal investigation” with a minimum guarantee of $15 million in billings, and a maximum of $25 million. When one of Nike’s attorneys pointed out that they had never done an investigation for Nike that broke $10 million, Avenatti asked: “]have you] held the balls of the client in your hand where you could take 5 to 6 billion market cap off of them?”

When asked if there was any way to avoid Avenatti’s press conference without him and his co-conspirator being hired to conduct an internal investigation, Avenatti proposed a $22.5 million settlement. “Full confidentiality, we ride off into the sunset,” he allegedly said.

Avenatti then reiterated his threat to hold a press conference.

“As soon as this becomes public, I am going to receive calls from all over the country from parents and coaches and friends and all kinds of people, this is always what happens,” he said. “It’s always bullshit 90% of the time, always, whether it’s R. Kelly or Trump, the list goes on and on – but 10% of it is actually going to be true, and then what’s going to happen is that this is going to snowball.”

Finally, Avenatti and his co-conspirator agreed to meet one of Nike’s attorneys in New York on Monday, but made clear that Nike would have to agree to his demands at that meeting or else he would hold his press conference.

Details about Monday’s meeting were not immediately known, but Avenatti sent a tweet just minutes before his arrest, saying: “Tmrw at 11 am ET, we will be holding a press conference to disclose a major high school/college basketball scandal perpetrated by @Nike that we have uncovered. This criminal conduct reaches the highest levels of Nike and involves some of the biggest names in college basketball.”

Mark Geragos, an attorney for celebrities such as former NFL quarterback Colin Kaepernick and “Empire” actor Jussie Smollett, was later identified as the alleged co-conspirator in the scheme. He has not been charged with a crime. Geragos was also a legal analyst for CNN, but a spokeswoman says “he’s no longer” with the network.

In the second case, Avenatti is accused of embezzling a client’s money to pay for his own expenses and debts, as well as those of his coffee business and law firm. He’s also accused of defrauding a bank by using phony tax returns to obtain millions in loans.

Stormy Daniels said she was “saddened but not shocked” by Monday’s arrest. “I made the decision more than a month ago to terminate Michael’s services after discovering that he had dealt with me extremely dishonestly and there will be more announcements to come,” she said.