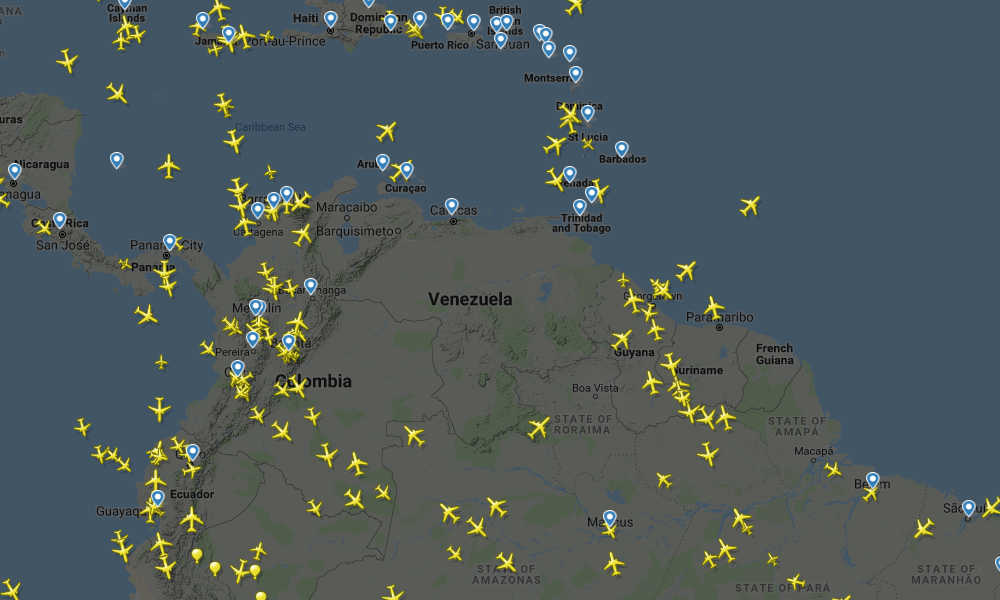 The U.S. Federal Aviation Administration has banned U.S. airlines from flying below 26,000 feet (7,925 meters) in Venezuela’s airspace, citing an increase in political instability and tensions.

The emergency order, which was issued on Tuesday night, effectively bans all U.S. civilian flights to and from Venezuela. U.S. planes which are currently in Venezuela are allowed to leave within 48 hours, if it is safe to do so.

“All flight operations in the territory and airspace of Venezuela at altitudes below FL 260 … are prohibited until further advised due to the increasing political instability and tensions in Venezuela and the associated inadvertent risk to flight operations,” the notice said.

Only flights which have received special permission from the U.S. government are allowed to ignore the order from the FAA. In the event of an emergency, a pilot may deviate from the order to the extent required by that emergency.

Most, if not all U.S. airlines, have already put their regular flights to Venezuela on hold, but Tuesday’s order also applies to private U.S. aircraft. It will not affect planes which are overflying Venezuela at an altitude higher than 26,000 feet (7,925 meters).

The FAA had previously urged pilots to use caution when flying over Venezuela, but stopped short of a ban.

Clashes erupted in Caracas on Tuesday after opposition leader Juan Guaidó called for a military uprising to remove President Nicolás Maduro from power. The opposition leader, who declared himself president earlier this year, has called for massive protests on Wednesday.