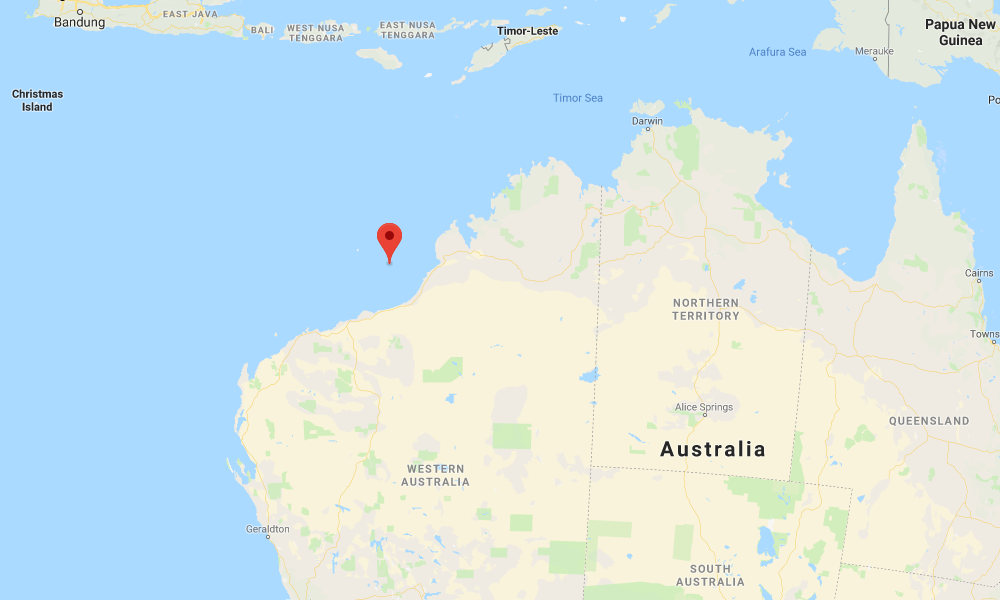 A strong 6.6-magnitude earthquake has hit the Indian Ocean off the coast of Western Australia, causing minor damage near the epicenter, seismologists and residents say. It makes it one of the largest earthquakes to hit Australia since records began.

The earthquake, which struck at 1:39 p.m. local time on Sunday, was centered in the ocean about 209 kilometers (130 miles) southwest of Broome, a town which is popular with tourists in a sparsely populated area in the northwest of Australia.

Both the U.S. Geological Survey (USGS) and Geoscience Australia said the tremor measured 6.6 and struck at a depth of 10 kilometers (6.2 miles), making it a very shallow earthquake. There is no threat of a tsunami, the Australian Tsunami Warning Center said in a bulletin.

Sunday’s earthquake was widely felt across the region. “[The] car rocked and [the] ground shook. Pretty strong,” someone at Cable Beach told EMSC. Someone else, who was staying at a caravan park in Broome, said the earthquake “freaked” them out and “everyone ran outside.”

Strong shaking was also felt in Port Hedland, a town about 290 kilometers (180 miles) southwest of the epicenter. “[The] whole house shook and power is out. No major damage or injury as far as I am aware,” one resident in the town was quoted as saying.

The Western Australia Department of Fire and Emergency Services urged residents to be on alert for possible aftershocks. “People in the area should take care as aftershocks are possible and there may be dangers caused by damage,” the department said in a statement.

Sunday’s quake was one of the largest earthquakes to hit Australia since records began in the late 1800s.

A series of three strong earthquakes struck a sparsely populated area in the Northern Territory in January 1988, causing damage and ground ruptures in nearby towns. Geoscience Australia put the largest quake’s magnitude at 6.6, making it the country’s strongest earthquake on record, even though the USGS put it slightly higher, at 6.7.

A 6.5 magnitude #earthquake has struck off the coast of #Broome. A staff member from Matso’s Restaurant said “it was shaken like crazy,” as they evacuated diners. Products were also knocked from Broome Woolworths shelves. Reports of tremors being felt in Perth. #wanews pic.twitter.com/I0ie2Z32oW

Earthquake felt in Broome and Northern WA. Some photos from the shops. pic.twitter.com/9m0sBQVx8J

9 dead as plane crashes during skydiving trip in Sweden