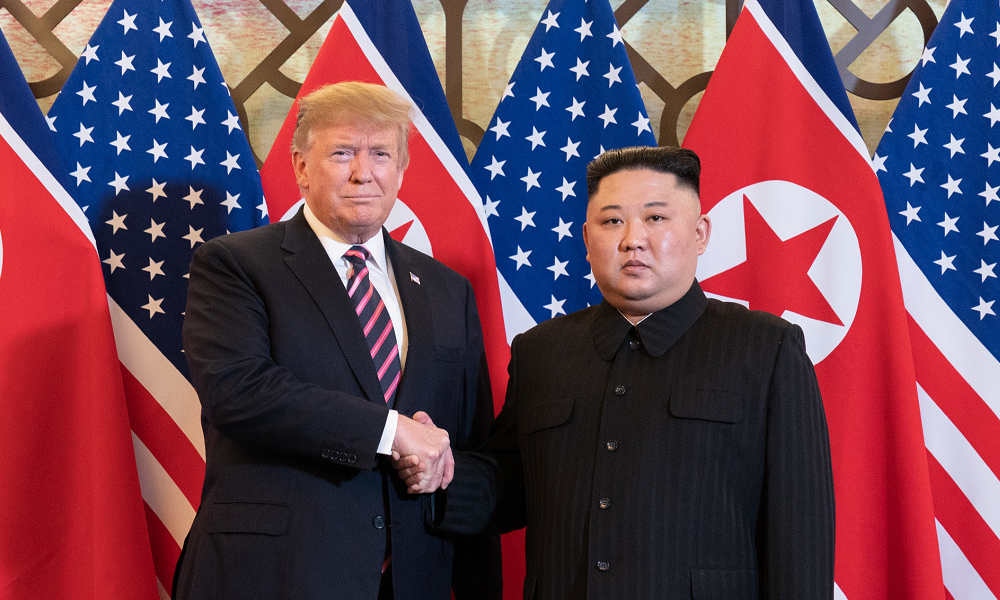 North Korea is not interested in holding another meeting with U.S. President Donald Trump, a North Korean official said on Monday, noting that previous talks were unsuccessful and emphasizing that the U.S. should drop its “hostile policy” first.

Kim Kye Gwan, a senior advisor at North Korea’s Foreign Ministry, was responding to Sunday’s tweet from Trump in which the U.S. president urged North Korea to “act quickly” and “get a deal done.” He added “see you soon,” which Kim said was indicative of another U.S.-North Korea summit.

“The U.S. only seeks to earn time, pretending it has made progress in settling the issue of the Korean peninsula,” Kim said in a statement. “As we have got nothing in return, we will no longer gift the U.S. president with something he can boast of, but get compensation for the successes that President Trump is proud of as his administrative achievements.”

Kim, referring to North Korea by its official name, continued: “If the U.S. truly wants to keep on dialogue with the DPRK, it had better make a bold decision to drop its hostile policy towards the DPRK.”

North Korea has carried out 12 rounds of missile launches since early May, including the test of a submarine-launched ballistic missile on October 2. It was the most provocative missile test in nearly two years and came just days before long-stalled nuclear talks with the U.S. were set to resume in Stockholm. Those talks ended in failure and North Korea said it was no longer willing to talk with the U.S. until it ends its “hostile policy.”

Earlier this month, North Korea condemned a planned military exercise between South Korea and the United States as “extremely provocative” and a “dangerous act,” warning that dialogue with the U.S. is on the “verge of extinction.” As a result, U.S. Defense Secretary Mark Esper announced on Sunday that the military drills had been postponed.

North Korea has given the U.S. until the end of the year to change its approach to the world’s most reclusive country. In October, Kim rode a white horse to a sacred mountain in what state-run media called “a great event of weighty importance,” prompting speculation that a major event or decision is forthcoming.