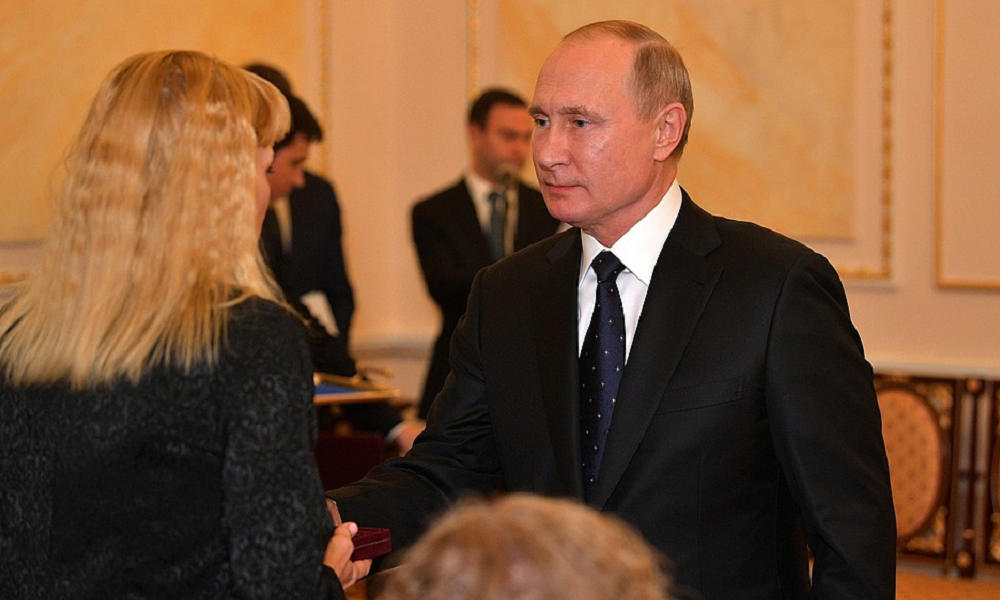 Putin meets the widow of one of those killed (Credit: Kremlin)
Advertisment

Those who were killed in an explosion that caused a brief spike in radiation in northwest Russia were developing a weapon that ‘has no equal in the world,’ President Vladimir Putin said on Thursday, more than three months after the accident.

“The very fact of possessing such unique technologies is today the most important reliable guarantee of peace on the planet,” Putin said on Thursday as he met with the families of those killed, according to the Interfax news agency. At least five people died in the explosion in August, and each has since been awarded with the Order of Courage.

“They led a complex, responsible and critical mission. We are talking about the most advanced and unparalleled technical ideas and solutions, weapons that are designed to ensure sovereignty and security for Russia for decades to come,” Putin said, according to Interfax. He added that the victims had chosen a special mission to protect Russia and they “completely fulfilled their duty with honor.”

Putin provided no specific details about the weapon, but said the explosion occurred during the test of a rocket propulsion system. He emphasized that Russia will continue to improve the weapon.

At least five people were killed in the explosion on August 8, which happened at a missile test site in Nyonoksa, near Severodvinsk, in northwest Russia. A brief spike in radiation was detected and two monitoring stations were said to have gone silent, but local authorities said there was no threat to local residents.