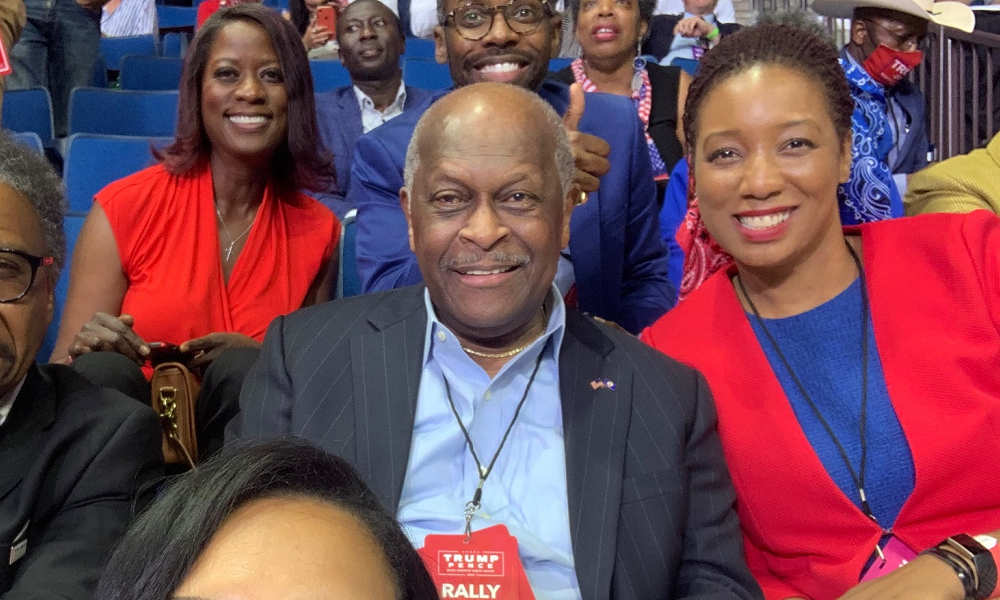 Former Republican presidential candidate Herman Cain has died after a month-long battle with COVID-19, the disease caused by the novel coronavirus, his family says. He was 74 years old.

Cain, a former pizza executive and a Tea Party activist, was a high-profile figure during the campaign for the 2012 presidential election. He dropped out after several women accused him of sexual harassment, which he denied.

Cain tested positive for COVID-19 on June 29 and developed serious symptoms less than two days later, according to earlier statements from his family. Dan Calabrese, the editor of Cain’s official website, said Thursday that Cain had died.

“We knew when he was first hospitalized with COVID-19 that this was going to be a rough fight,” Calabrese said. “He had trouble breathing and was taken to the hospital by ambulance. We all prayed that the initial meds they gave him would get his breathing back to normal, but it became clear pretty quickly that he was in for a battle.”

Cain tested positive for COVID-19 just over a week after going to President Donald Trump’s campaign rally in Tulsa, where he was not wearing a mask while having close contact with a number of people. In one tweet about masks, which was later deleted, Cain said “people are fed up!”

“I’m very saddened to learn of the passing of my former boss, Herman Cain,” his former campaign spokeswoman, Ellen Carmichael, said. “I’m bracing for the cruelty online about how he deserved to get COVID and die because of his politics. We’re living in a dark time. But, they didn’t know him. I did.”

White House spokeswoman Kayleigh McEnany said Cain “embodied the American Dream” and represented the very best of the American spirit. “Our hearts grieve for his loved ones, and they will remain in our prayers at this time,” she said. “We will never forget his legacy of grace, patriotism, and faith.”