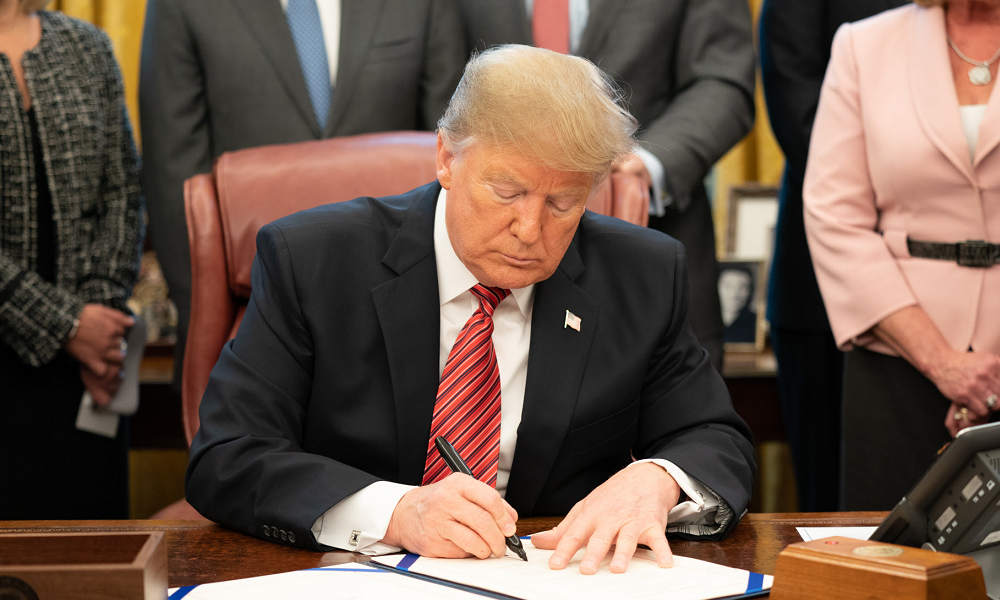 The U.S. has officially informed the United Nations of its withdrawal from the World Health Organization, lawmakers announced on Tuesday, more than a month after President Donald Trump announced his intention to do so over alleged failures in the response to coronavirus.

“Congress received notification that POTUS officially withdrew the U.S. from the WHO in the midst of a pandemic,” U.S. Senator Bob Menendez, a Democrat from New Jersey, said on Twitter. “To call Trump’s response to COVID chaotic and incoherent doesn’t do it justice.”

The withdrawal takes effect on July 6, 2021, because the U.S. government is legally required to give a year’s notice. This would give Joe Biden, the Democratic candidate for president, a chance to reverse the decision if he wins the election on November 3.

“Americans are safer when America is engaged in strengthening global health. On my first day as President, I will rejoin the WHO and restore our leadership on the world stage,” Biden said in response to Tuesday’s news.

Trump announced his intention to withdraw from WHO on May 29, but health officials expressed hope that such a move could be avoided. “The [U.S.] has been a longstanding and generous friend to WHO and we hope it will continue to be so,” WHO chief Tedros Adhanom said earlier this year.

Trump has long criticized the international health organization for its response to the coronavirus outbreak, which began in the Chinese city of Wuhan in late 2019. It has since spread around the world, killing nearly 540,000 people.

“Countless lives have been taken, and profound economic hardship has been inflicted all around the globe. They strongly recommended against me doing the early ban from China, but I did it anyway and was proven to be 100 percent correct,” Trump said at the time.

“We have detailed the reforms that it must make and engage with them directly, but they have refused to act,” he said, adding that U.S. funds for the World Health Organization will be redirected to other worldwide and urgent public health needs.