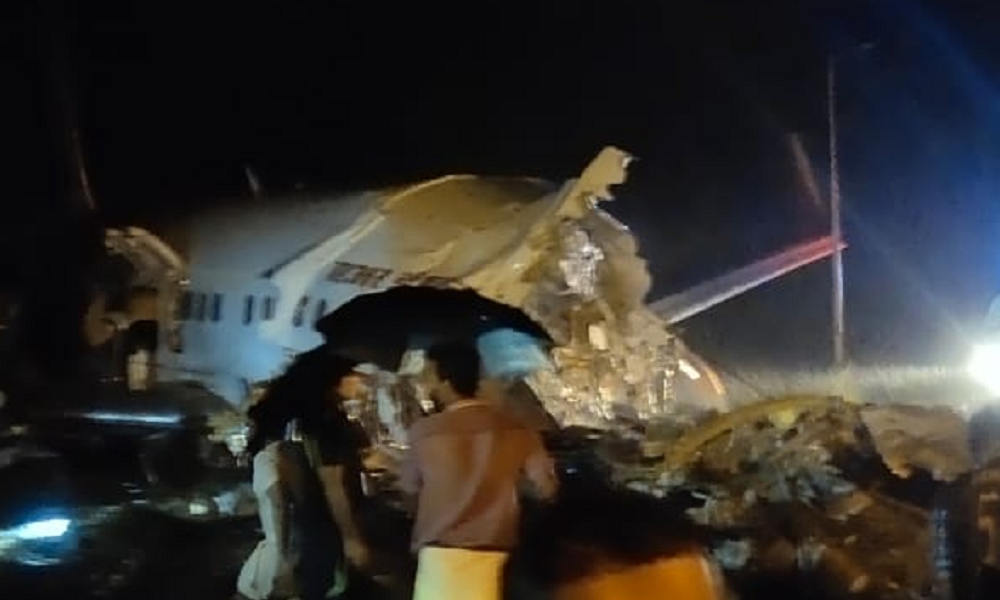 An Air India Express plane with nearly 200 people on board has crash-landed during heavy rain in southern India’s Kerala state, killing at least 18 people and injuring nearly all of the survivors, local officials say. The two pilots are among those killed.

The accident happened at 7:40 p.m. on Friday when the aircraft, a Boeing 737, was attempting to land at Calicut International Airport after a 4-hour flight from Dubai in the United Arab Emirates. Visibility was said to be low due to heavy rain.

Footage from the scene showed that the Boeing 737 had broken into two pieces after it overshot the tabletop runway, hit a wall, and fell down a 35-feet gorge. “Very lucky the aircraft didn’t catch fire,” lawmaker K.J. Alphons said.

Captain Deepak Vasant Sathe, his co-pilot, and at least 16 passengers were killed in the crash, although some officials put the death toll higher, at nineteen. Nearly all of the survivors were taken to area hospitals, where 20 of them were said to be in serious or critical condition.

India’s External Affairs Ministry said Flight 1344 was part of the government’s repatriation mission to bring citizens back home during the coronavirus pandemic. There were 184 passengers on the plane, along with four cabin crew and the two pilots.

The cause of Friday’s accident was not immediately known.