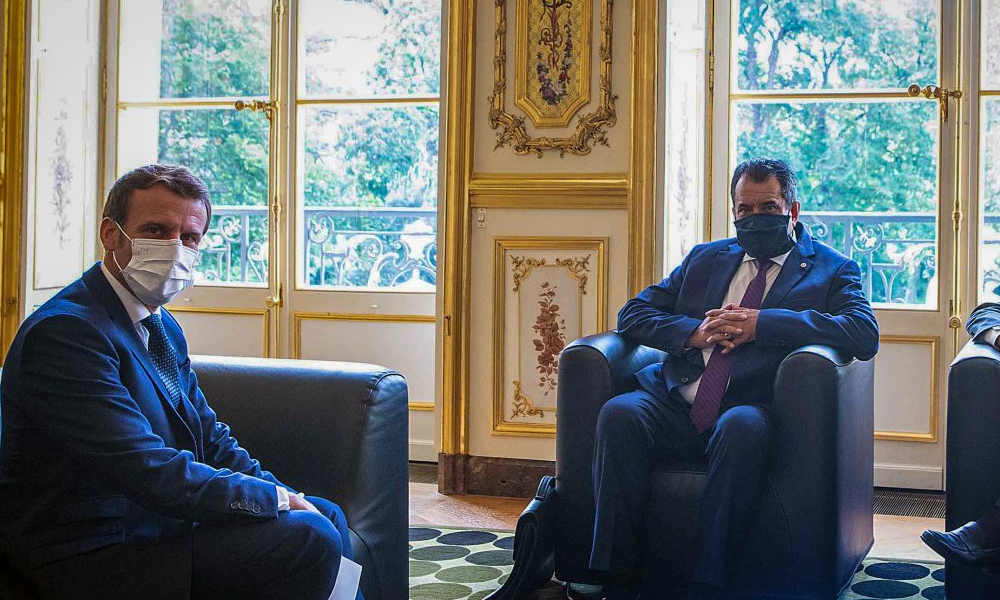 A statement from Fritch’s office confirmed that the leader of the semi-autonomous country had tested positive. A second person who was traveling with him tested negative for coronavirus.

“The health of President Fritch is not a concern. He will be confined for 7 days as recommended by the health authorities while continuing to manage the country,” the statement said.

The news came just days after Fritch met with French President Emmanuel Macron to discuss issues relating to the overseas region. Photos from the meeting showed Fritch and Macron being relatively close to each other, but both were wearing face masks.

“Aware of the quick spread of the virus in Paris, President Fritch nevertheless took the risk of going to meet the national authorities to defend vital issues for Polynesia,” the presidency said in Sunday’s statement.

Both France and French Polynesia are both experiencing a rapid rise in new coronavirus cases. France reported nearly 27,000 new cases on Saturday, by far the biggest one-day increase on record, while the number of hospitalized cases surpassed 8,000 for the first time since July 1.