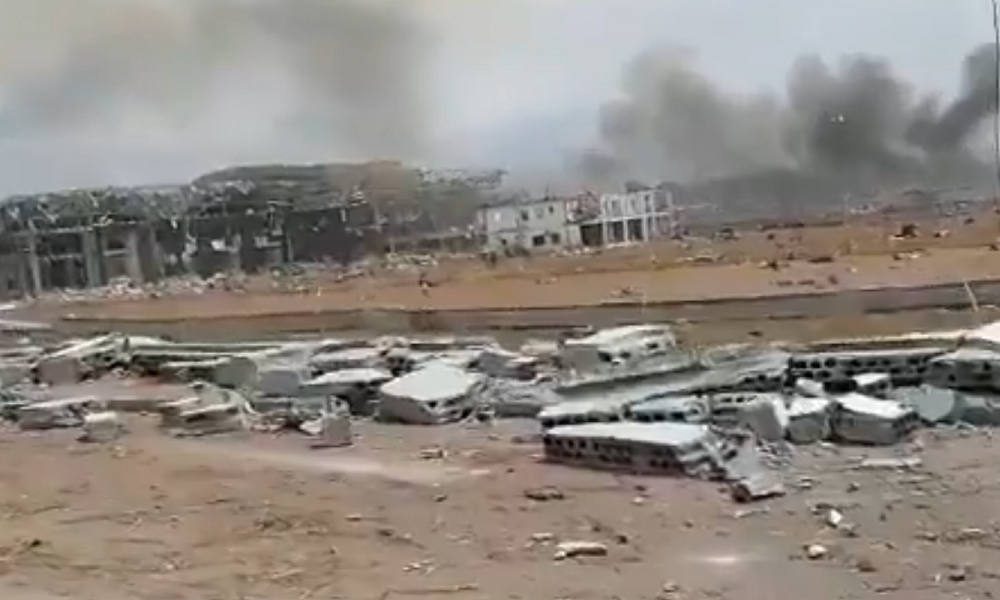 A series of large explosions has torn through a neighborhood near a military base in Equatorial Guinea’s largest city, killing at least 20 people and injuring more than 400 others, local officials and witnesses say.

The incident happened on Sunday afternoon when at least four powerful explosions happened at a military base in Bata, the largest city in the Central African nation.

It was not immediately known what caused the explosions, but a local official ruled out the possibility of an attack. Footage from the scene showed significant devastation with many buildings destroyed, plumes of smoke, and bodies being pulled from the rubble.

The total number of casualties was not immediately clear, but local TV station TVGE reported that at least 20 people had been killed. The country’s health ministry said at least 420 people had been taken to area hospitals but added that “many” people were still missing under the rubble.