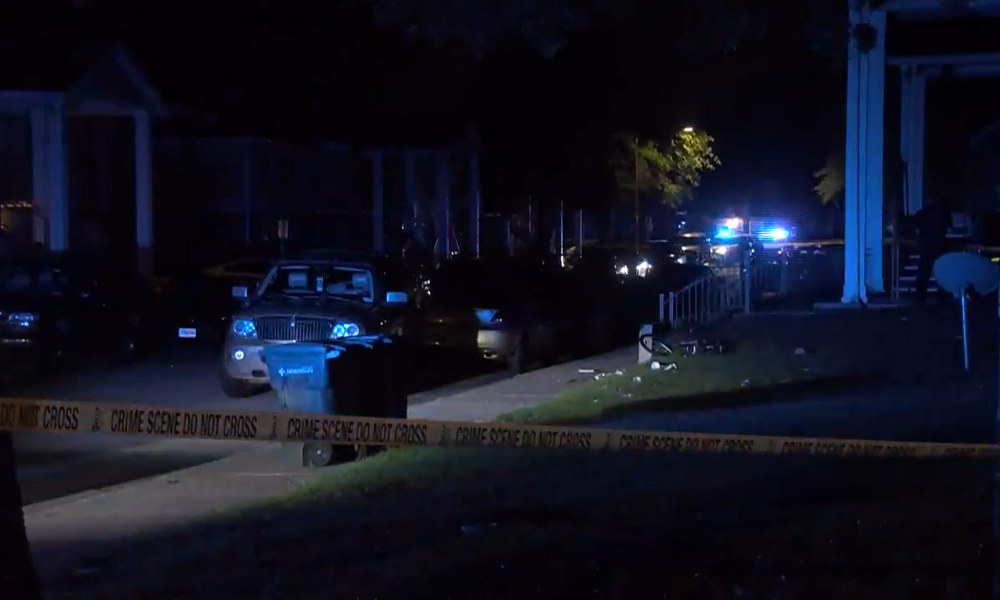 The scene of the shooting (Credit: WTOC-TV)
Advertisment

At least 1 person has been killed and 8 others have been injured in a mass shooting on a residential street in Savannah, Georgia, local officials and witnesses say. Only few details are currently available.

The incident happened at around 9 p.m. on Friday when officers were called for a shooting in the 200 block of Avery Street, a residential area near the Savannah River. It is part of the Fred Wessels Homes neighborhood.

Bianca Johnson, a spokeswoman for the Savannah Police Department, told BNO News that nine people were found with gunshot wounds, including one person who died. Johnson initially said two people died but later issued a correction, saying only one death had been confirmed.

Several other victims were being treated at area hospitals for injuries which appeared to be serious or critical, Johnson said. Two further victims, a 2-year-old who was struck in the foot area and a 13-year-old, suffered non-life threatening injuries.

Johnson said the mass shooting happened outdoors, but other details about the circumstances of the incident were not immediately known. “Officers are still in the area gathering information and speaking to residents,” she said.

Alderman Detric Leggett, who represents the area, came to the scene and said there were bullet holes in people’s front doors. “We have to try to find a way to make some kind of sense out of it because this is senseless,” he told WTOC-TV.

No suspect information has been released.