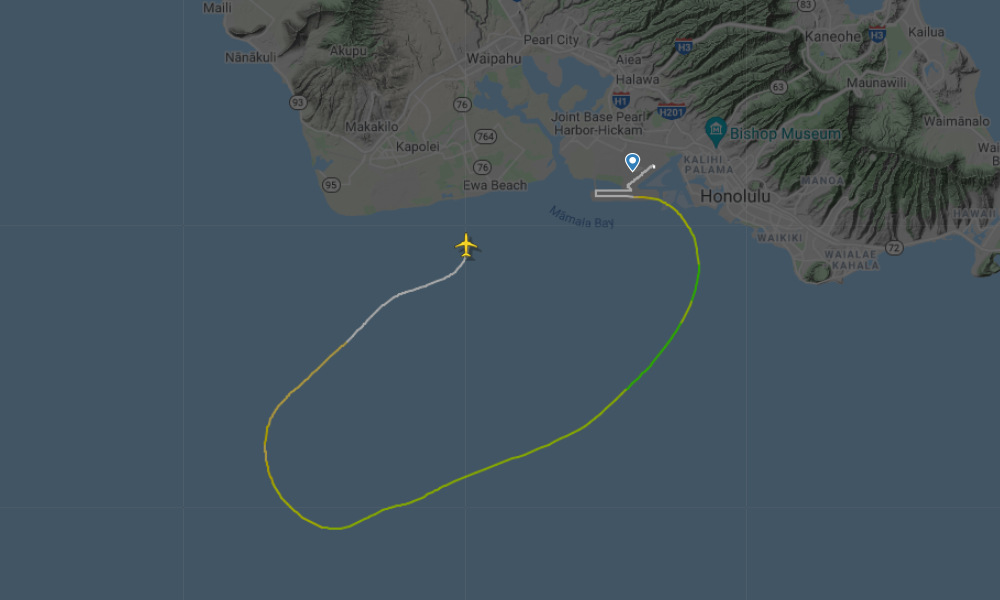 Two pilots have been seriously injured after a large cargo plane crashed into the ocean off Hawaii, local officials say. The crew had reported engine trouble and was trying to make an emergency landing when it ditched into the water.

The accident happened at 1:45 a.m. on Friday when Rhoades Aviation Flight T4810, a Boeing 737 with two people on board, went down about 3 miles south off Kalaeloa Airport. The aircraft had taken off from Honolulu International Airport about 12 minutes earlier.

Lt. Commander Karin Evelyn, a spokesperson for the U.S. Coast Guard, said the plane experienced an engine malfunction shortly after take-off. “The plane circled back towards Honolulu, but went down prior to reaching land,” Evelyn said.

A Coast Guard helicopter found a debris field about 45 minutes later and made visual contact with two people.

The plane was operating a flight for Transair, which provides cargo flights within the state of Hawaii. Flight records show that the plane had taken off from Honolulu for a brief flight to Kahului Airport on the nearby island of Maui.

Both the Federal Aviation Administration (FAA) and the National Transportation Safety Board (NTSB) have launched an investigation into Friday’s crash. Evelyn said the aircraft’s wreckage appeared to have sunk in approximately 150 feet (46 meters) of water.