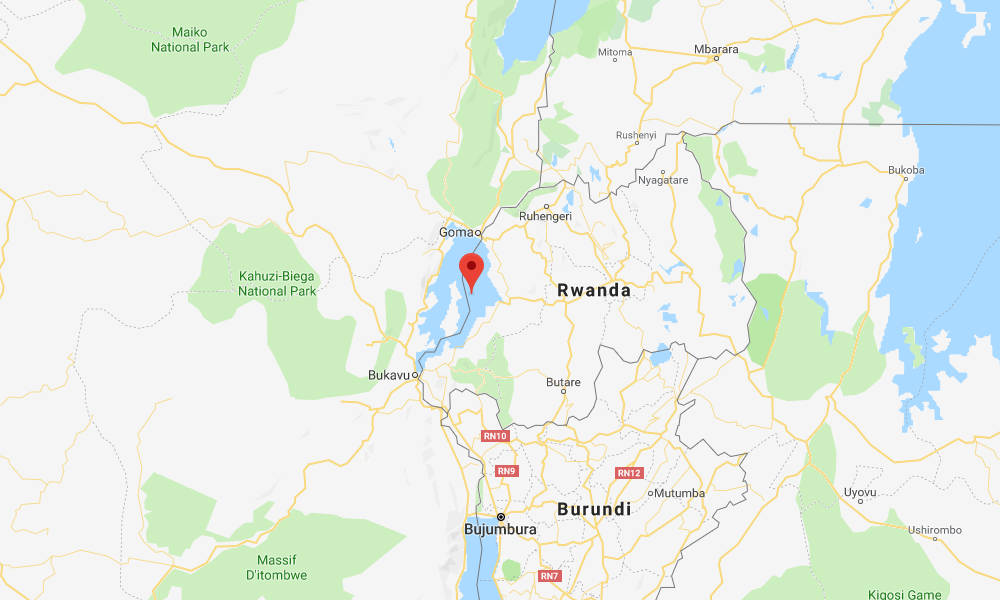 Lake Kivu on the border with DR Congo and Rwanda (Credit: Google)
Advertisment

An overloaded boat has sunk on Lake Kivu in the Democratic Republic of Congo, killing at least 10 people and leaving up to 50 others unaccounted-for, officials and witnesses say. A search-and-rescue operation is underway.

The accident happened at around noon on Thursday when the small, motorized boat was taking passengers who came from a market in the area. Many of the passengers were carrying goods, which may have contributed to the accident.

“On the waters of Lake Kivu, the pirogue broke because of its poor condition and overloading,” Delphin Birimbi, a local official, told the Actualite news website. He said the boat was carrying approximately 120 people.

About 60 people were rescued and at least 10 bodies were recovered by Thursday night, but 40 to 50 others remained missing, raising fears that the death toll will rise. Rescue workers are continuing to search for survivors.

Related Topics:DR CongoLake Kivu
Up Next